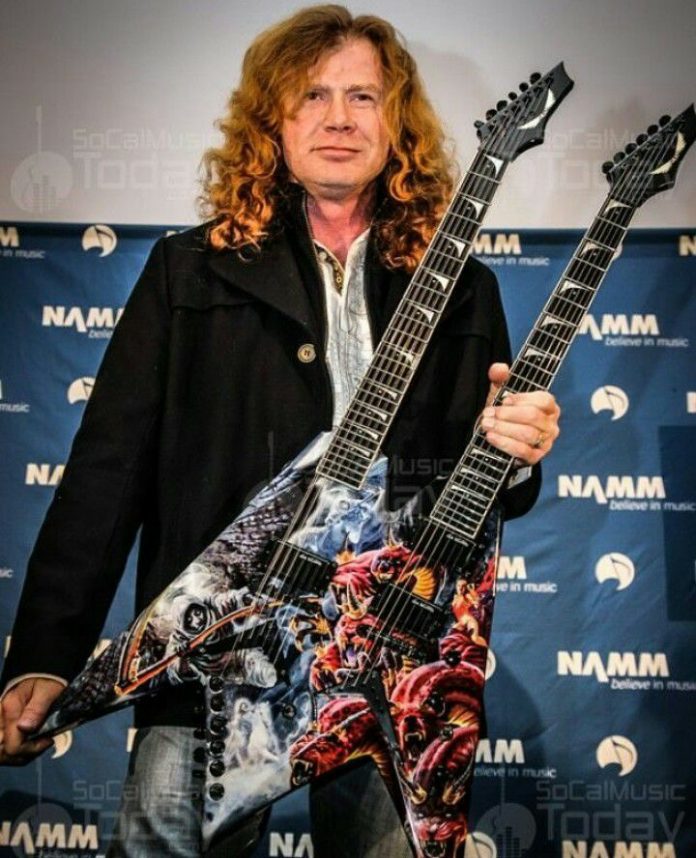 American singer and song writer Dave Mustaine has been diagnosed with throat cancer. The singer was supposed to perform at the Summerfest’s show at Milwaukee’s American Family Insurance Amphitheatre with Megadeth, but has been cancelled and leaving the amphitheatre dark. Mustaine released a statement while talking about his condition.

The statement by the singer said, “It’s clearly something to be respected and faced head on — but I’ve faced obstacles before. I’m working closely with my doctors, and we’ve mapped out a treatment plan which they feel has a 90 percent success rate. Treatment has already begun.” Another statement was released by Don Smiley, the president and CEO of Milwaukee World Festival Inc. which said, “Our hearts and prayers go out to Dave, his family and crew, at this time. All of us at Summerfest, along with our fans, extend our support and well wishes for a speedy recovery.”

The Summerfest show was also expected to feature Papa Roach, Badflower, Pop Evil and Light The Torch. It was a planned replacement for an appearance by Ozzy Osbourne with Megadeth as the opener. All of the Osbourne’s tour dates and that particular show for 2019 were cancelled in April, after Osbourne had fell and injured himself at home as he was recovering from pneumonia. The Osbourne’s Summerfest amphitheatre show has now been rescheduled for July 1, 2020. On the other hand Summerfest will not be scheduling a new show to replace Megadeth July 4 and this is the first time in the history of the festival that there has not been a show in the amphitheatre.

All the scheduled of Megadeth’s show have been cancelled. David Scott Mustaine who is popularly known as Dave is best known as the lead vocalist, guitarist and primary songwriter of American heavy metal band Megadeth along with the lead guitarist of the American band Metallica.

Talking about Dave’s health, the singer had in 2011 developed a neck and spine condition which is known as Stenosis that was caused of many years of banging.