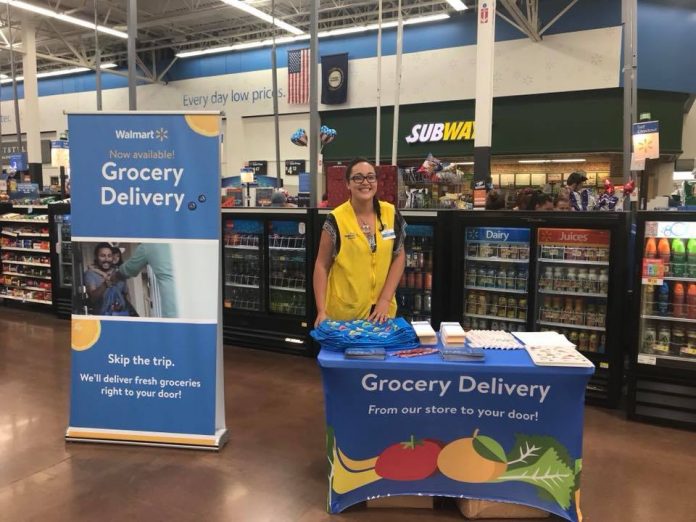 Getting the groceries being delivered at home is surely convenient but taking them from the front door to the kitchen is still a hassle. Walmart has got a solution for this. The e-commerce giant has launched a new service known as InHome Delivery that involves representative placing groceries directly to the fridge.

The idea here is that the customers can place an order on the Walmart app and a delivery person who has been with the company for the past one year. The service will bring the items to the customer’s home and do the rest. However, the exact details about the security system that will be used is not yet been announced, but the company has said that it will use smart entry technology and a proprietary, wearable camera, to gain access to the customers homes.

The system will allow the customers to control access to their homes and give them the ability to watch the deliveries by the service men in a remote way. This means that even the security conscious can keep an eye on their property. Having someone bring food to the house is a great thing but allowing them to stock it in the fridge is something which is new and not tried by any other company. But here questions also arise if the delivery man places the milk in the wrong shelf and there is also something that is weird about allowing someone to organize your food.

Walmart has assured that the InHome service will begin in the fall to more than a million customers in Kansas City, Pittsburgh and Vero Beach and Florida. The services will be extended later in 2019 and will also include returns that will simply allow the items that you want to be sent back on the kitchen counter. Walmart’s new move will surely be a good way for the senior citizens who struggle to do their own work.