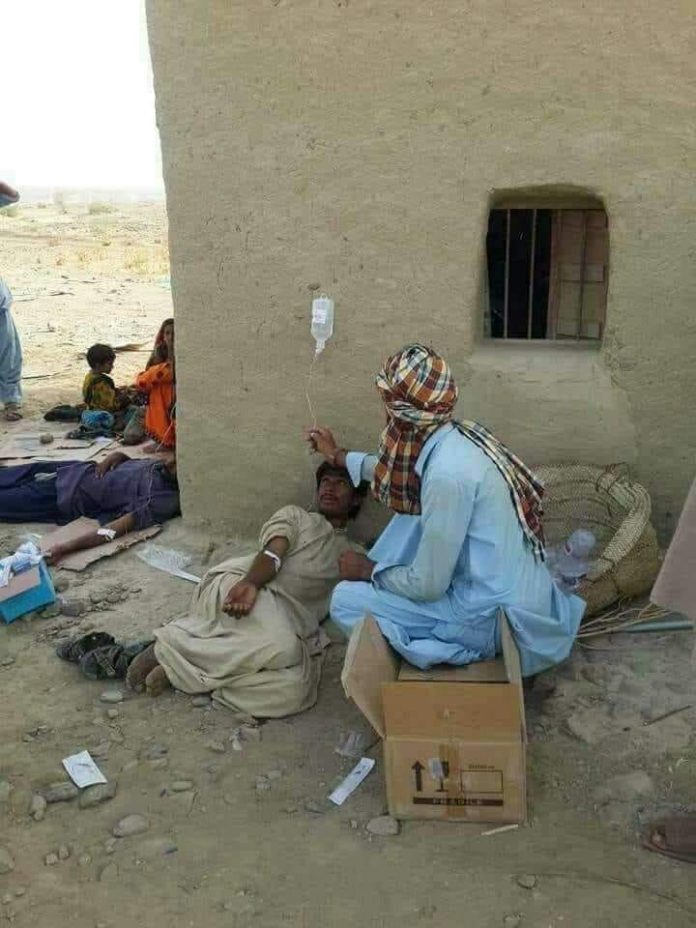 The Asian country of Pakistan is the world’s sixth most populous country with more than 200 million people affected with HIV outbreak. The experts have put the blame on the nationwide practice of doctors reusing needles. Dr. Ramesh Lal Shetiya, the medical superintendent in Allah Dino Seelro’s main hospital has said that twenty one people in the village which has an estimated population of about 1,500 people, have been diagnosed with HIV. The figure includes 17 children.

Villagers no longer shake hands with Hazar Khan Seelro in a small farming community in southern Pakistan. Five people in the 70 year old’s family have been diagnosed with HIV in the past month. People in this village live in mud huts, use cow dung as fuel, and transport their goods on donkey carts. Seelro said that the villagers have stopped visiting them and they do not even want to have a meal with them.

Literacy levels in the village is low and education about the disease is scant. This also means that the villagers do not understand how they got the virus. Authorities in Pakistan have announced on May 26, 2019 that over the past two months 681 people including 537 children between 2 and 12 yars old have tested positive for HIV in Ratodero, which is a district of 330,000 in Pakistan’s southeast Sindh province. Authorities in Pakistan have not yet determined the actual cause of the outbreak. Zafar Mirza, the special assistant to the Prime Minister on health in the country said in a press conference, “There’s a huge problem in Pakistan where syringes are being repackaged and sold again.”

Fears of an outbreak of HIV started in April, 2019, when Dr. Imran Arbani who runs a private clinic in Ratodero noticed a spike in the cases of the disease. Arbani had then alerted the media and since then more than 14,000 people have been screened in the city.