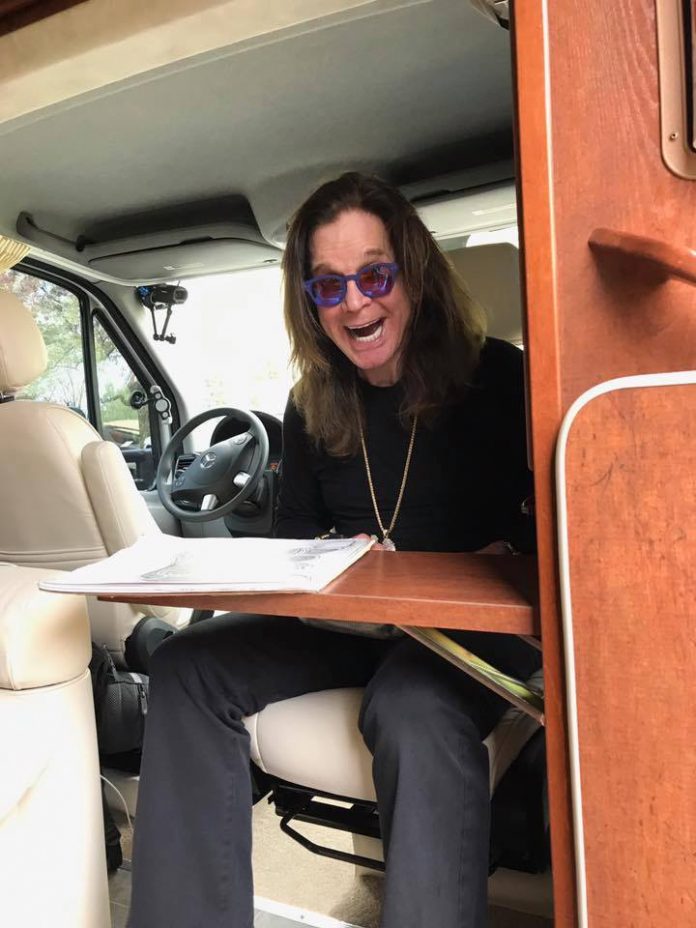 English singer and actor, John Michael also known as Ozzy Osbourne has been admitted to the hospital after complications from flu. The information was given by his wife Sharon Osbourne through a Tweet on February 6, 2019. The recent announcement of his hospitalization has come about a week after he had said that he would be postponing the entire UK and European leg of his current tour.

Sharon Tweeted, “As some of you may have heard, Ozzy was admitted to hospital following some complications from the flu. His doctors feel this is the best way to get him on a quicker road to recovery. Thanks to everyone for their concern and love.” Last week the 70 year old singer’s team had announced on his Facebook page that the Prince of Darkness is postponing the UK and European leg of his No More Tours 2 due to his doctor’s recommendations. The singer has been diagnosed with flu and severe upper respiratory infection.

Osbourne’s official page of Facebook added that the singer had seen his physician again and the doctors felt that his condition could develop in to pneumonia due to the physicality of the live performances and an extensive travel schedule throughout winters in harsh winter conditions. Osbourne had given his own statement over his condition and wrote, “I’m completely devastated for having to postpone the European leg of my tour. It just seems that since October everything I touch has turned to sh**”. Ozzy also apologized his fans who have been loyal to him over the years and also apologized his band and his crew for letting them down.

The singer also assured that his tour with Judas Priest will be completed. Osbourne assured that the tour is being rescheduled to begin in September, 2019. This is not the first time the singer has cancelled shows due to his health problems.