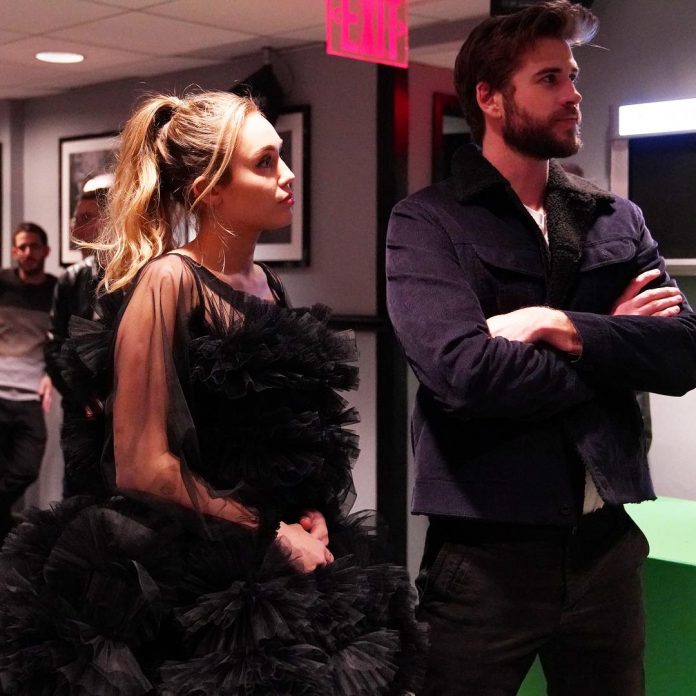 American singer and song writer Miley Cyrus has a message for her fans that she is not pregnant. Some of the recent reports had claimed that the actress was expecting her first child with husband Liam Hemsworth. The 26 year old singer took her Twitter account and dismissed all the rumours about her pregnancy and set it straight that she is pregnant.

Cyrus in a playful Tweet wrote, “I’m not ‘Egg-xpecting’ but it’s ‘Egg-celent’ to hear everyone is so ‘Happy For Us'”. The singer had replied to a cleverly transformed picture that was posted by a leading daily. Cyrus continued to write, ‘We’re happy for us too! ‘Egg-cited’ for this next chapter in our lives…. Now , can everyone leave me alone and go back to staring at an egg”. Liam and Cyrus got married in an intimate wedding ceremony at their Tennessee residence in December 2018.

The couple had gone through an on and off relationship for nearly a decade After they met on the sets of the film The Last Song in 2010.Earlier this week, Miley got chatty and talked about many things that she loves about Liam on his birthday. The actress also wrote a four page love letter on Instagram and wrote, “I love how you let ME be ME. Thank you for giving me the happiest days of my life.”

Liam and Miley had first announced their engagement in 2012 and lived together in Los Angeles but then ended their engagement in 2013. In 2014, Liam had noted that he and Miley Cyrus would always remain friends. Again in 2016, the two were seen together at his Malibu home and the engagement ring reappeared on Cyrus. In October 2016, Miley confirmed on the Ellen DeGeneres show that they were once again engaged. Cyrus and Liam got married on December 23, 2018 amidst just close friends and family members.