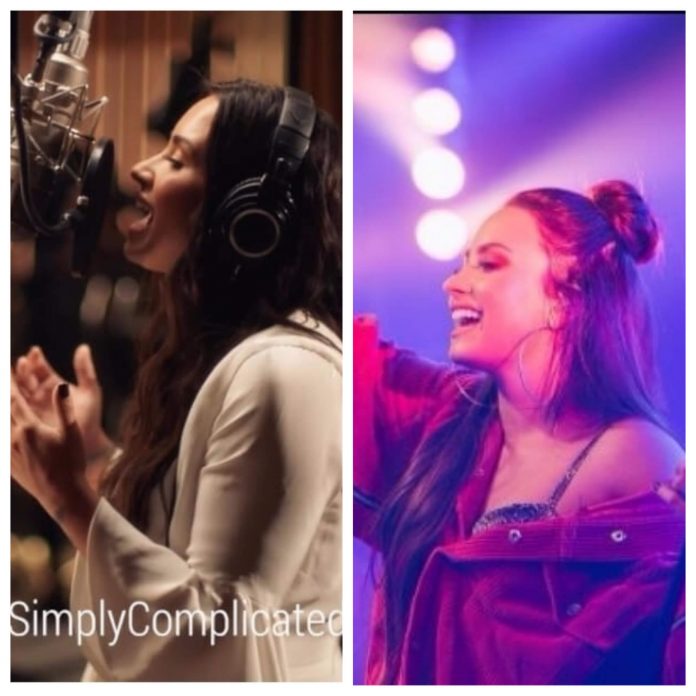 Demi Lovato has recently been in news for questions on her relationship with Nick Jonas on The Ellen Degeneres show and now she has come up with her own YouTube documentary called Simply Complicated where she gives an insight into her life and her career as an American singer, songwriter and actress.

Lovato spoke in detail in the documentary about reasons for her breakup with Wilmer Valderrama, That 70s show actor.

In the documentary, the Sorry Not Sorry singer is heard saying, “I’ve never loved anybody like I loved Wilmer and I still love him. I met him on January 11, 2010. It was at his house during a PSA for the census. When I laid eyes on him for the first time, I thought ‘I have to have him,’ but I was only 17 and he was like, ‘Get away from me’.”

“When I turned 18, we started dating. I think it was love at first sight, we connected on a level that I’ve never connected with anybody before, he was just my rock, my everything.”

However, Lovato and Wilmer broke up because she said that they mutually decided that they are “probably better as friends,” adding that, “The sparks never faded, but there are issues that I haven’t conquered yet that I know I won’t conquer if I’m relying on somebody else to take care of the loneliness. I just wasn’t ready, and there was so much of my life that I hadn’t explored yet.”

She also speaks about her addiction to drugs, her rehabilitation period and the support she got from her friends and family at that time and how she works out now to stay sober. The popular singer actor also admitted to being still in love with Wilmer and said in the documentary, “I think my heart is always with Wilmer. I think it was with Wilmer, I think that it is with Wilmer, I think that it will be,” she said. “You don’t share six years with somebody and not give them a piece of your heart and vice versa. I’m pretty sure I am not going to meet anybody that compares to him, but I’m trying to keep an open heart and an open mind when it comes to that.”

The Tell Me You Love Me star also said that she is on dating apps and does not care whether the connection is through a male or female. The popular star enjoys first dates – “the butterflies of that, the sweat on my hands, the fucking sweaty palms.” She says, “It’s so much fun.” She is also conscious about her body image and what constitutes her diet.

Meanwhile, speculations are abound that Lovato may release a new single cover named Hitchhiker. The lyric video of Hitchhiker is already on YouTube and she may soon come up with a formal announcement of her new single.