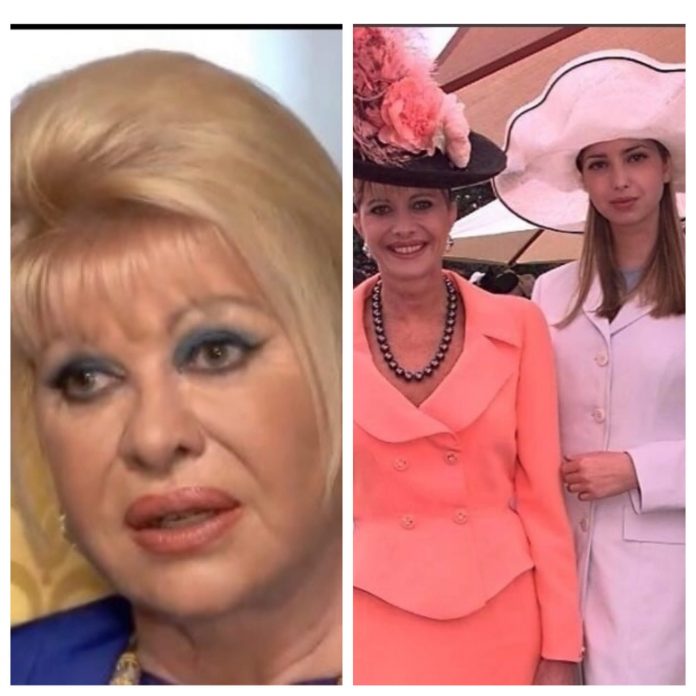 US President, Donald Trump’s first wife, Ivana Trump has come out with her memoir on her marriage to the president that lasted about 15 years from 1977 to 1992, her three kids with him and how she and Trump are friends till date, especially after their divorce finalized.

Ahead of the release of her autobiography, Raising Trump, Ivana reportedly spoke to Good Morning America about what all the book will entail- her marriage, her controversial divorce after which Trump got married to Marla Maples and his affair with the latter that shattered their marriage, and not to forget Trump’s presidency, the controversies he is surrounded with currently and their daughter, Ivanka’s potentialities as the next US president.

The book reportedly reads that there was no trust left in Ivana and Trump’s relationship after Trump and Maples’ much-publicised affair. An excerpt from the book notes when Ivana knew that her marriage can last no longer: “This young blonde woman approached me out of the blue and said ‘I’m Marla and I love your husband. Do you?” To this question by Maples, Ivana wrote, “Get lost. I love my husband.’ It was unladylike but I was in shock.”

Trump and Maples got married a year after Ivana and Trump’s marriage ended, that is in 1993. The former share a daughter, Tiffany. Ivana in her interview with CBS to speak about her upcoming book release on Sunday, October 8, 2017 morning, had reportedly claimed that Maples is a showgirl: “I don’t talk about her. She’s a showgirl. Never achieved anything in her life.”

The messy divorce and its impact on Ivana and Trump’s three children in the initial years as their divorce was panning out and just after it did has been detailed out in the memoir. However, now, the two speak on phone once a week and even advises him to tweet and reportedly understands his liking for the social media outlet.

Being an immigrant herself, Ivana does not think the immigrant policy of Trump is a good idea however, she also told CBS‘ Good Morning America that since it is confusing politically, she cannot comment on the policy.

She also supported the president on the controversy surrounding Trump’s links with Russia over the presidential election that ended in his victory over Hillary Clinton.

The book is a complete detailed account of Ivana’s life before Trump, the president’s proposal to Ivana, their marriage, their kids, parenthood and the final separation and divorce. It further includes some passages from their children as well, who Ivana believes have turned out the way they are today only as a result of her parenting style.