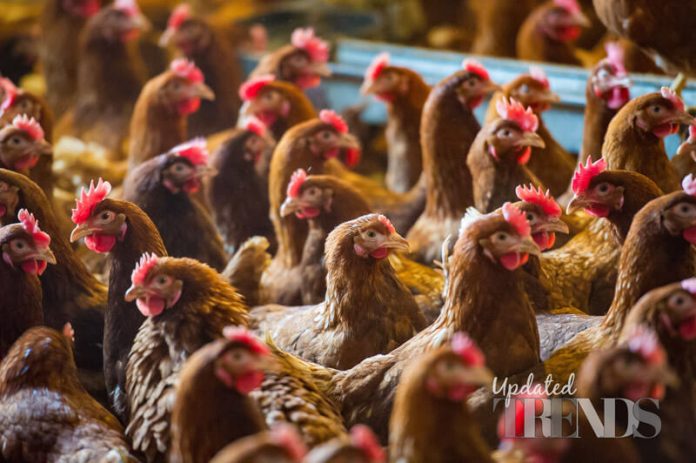 Nearly 1000 cases of Salmonella disease have been reported so far in 48 states including Ohio, Tennessee, California and Washington D.C. among others this year, according to the Centers for Disease Control and Prevention. The government agency further revealed that these outbreaks are a result of increasing backyard flocks, where 215 people have been hospitalized and one death has taken place.

A high record of salmonella, a kind of bacteria or a germ living naturally in the intestinal tract of a lot of different animals has been linked to live poultry mostly nurtured in backyards.

About 74 percent (498 of 672 people) of those hospitalized for salmonella disease have claimed, as per CDC reports, that they came into contact with living chicks and ducklings a week before they were infected with the illness.

In this recent multi-state outbreak alert, CDC is looking at ten separate states where all the reported cases of Salmonella have been linked to live poultry mostly raised in backyards, caused by different types of Salmonella bacteria viz. Salmonella Infantis, Salmonella Hadar and Salmonella Indiana among a few.

The CDC experts further warn against the fact that poultry appearing to be healthy and clean can also be infected and have strictly advised that one should maintain caution while coming into contact with these domestic flocks. Children especially younger than 5 years should not be allowed to touch or play with live poultry unless supervised and guided by adults. Thorough washing and cleaning of hands with soap and water after touching live poultry is a further note of advice by the federal agency.

Virginia and New York are some other states with reported cases of Salmonella infection, Virginia reportedly recording a high number of 56 cases in the entire United States so far.

CDC had warned against coming in close contact with backyard poultry back in June 2017 too when it stated that about 372 people have reported to have Salmonella symptoms in 47 states, 36 percent of them being children below 5 years. Last year in October, 895 people had reported falling sick with the symptoms of Salmonella in 48 states and 209 were hospitalized. The common symptoms of this disease are fever, abdominal pain and even diarrhea and though the chances of infection are mostly in spring or summers, it is advisable to maintain proper hygiene after purchasing or coming into physical contact with live poultry.