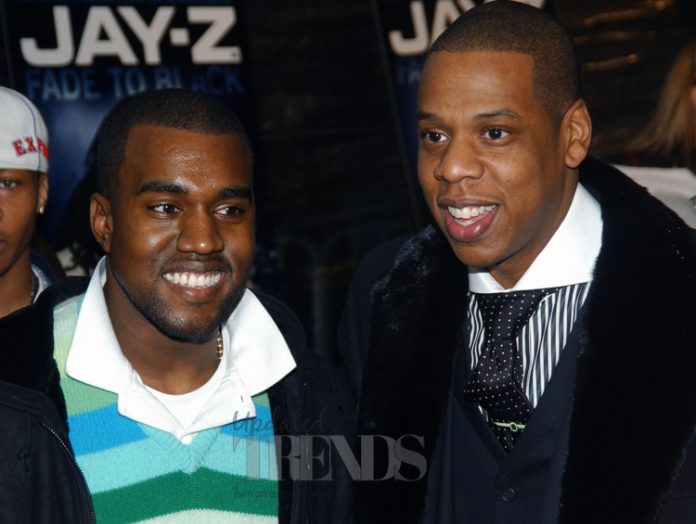 Shortly after the birth of his twins with Beyoncé, Jay-Z seems to be a more open man. For one, his latest offering 4:44 on Tidal, he has opened up to fans about infidelity, masculinity, being black, and so much more. And if you’ve been catching his little musical documentaries on YouTube as well as his Tidal series, Footnotes, it brings you closer to the world of Hov.

Now, in an interview with Rap Radar Podcast, hosted by Elliot Wilson, Jay-Z opened up once again about another topic fans are dying to get his version of: his ongoing spat with fellow rapper, Kanye West.

Sure, we all know that Kim Kardashian West has been trying so hard for so long to become a groupie, but Beyoncé will have none of it. The Carters do not like the Kardashians, and this has resulted in there being a rift between Kanye and Jay.

So, Jay-Z opened up about it saying, “Just like from the beginning of someone’s career and making that sort of album that really means something – touches the culture like a touch point, moves conversation and just be really f*cking good and sh*t it’s, like, a hard thing to do because you’re removed from where you were in the beginning. And I really had to like, think about what I wanted to say on this album at that time, think about the next thing, what was the next thing that I wanted to say and I didn’t want to just make an album to just put out music, I wanted to be important.”

On the track Kill Jay-Z from 4:44 Jay talks about his “little brother” Kanye West. “It’s not even about Kanye, it really isn’t. His name is there, just because it’s just the truth of what happened. But the whole point is, ‘You got hurt because this person was talking about you on a stage’. But what really hurt me was, you can’t bring my kids and my wife into it. Kanye’s my little brother. He’s talked about me 100 times. He made a song called, ‘Big Brother’. We’ve gotten past bigger issues. But you brought my family into it, now it’s a problem with me. That’s a real, real problem. And he knows it’s a problem.”

The issue at hand is Kanye West bringing up Jay-Z and his family during his debacle tour, Life Of Pablo Tour. During a concert, he ranted about how Jay-Z’s children never came on playdates with his own.

“He knows that he crossed the line. I know him. He knows. I know he knows, because we’ve never let this much space go between one of our disagreements, and we’ve had many, because that’s who we are. That’s what I like about him. He’s an honest person, he’s open and he’ll say things and he’s wrong a lot of times and he’ll confront it.”

The second part of the interview with Jay-Z is yet to be released.