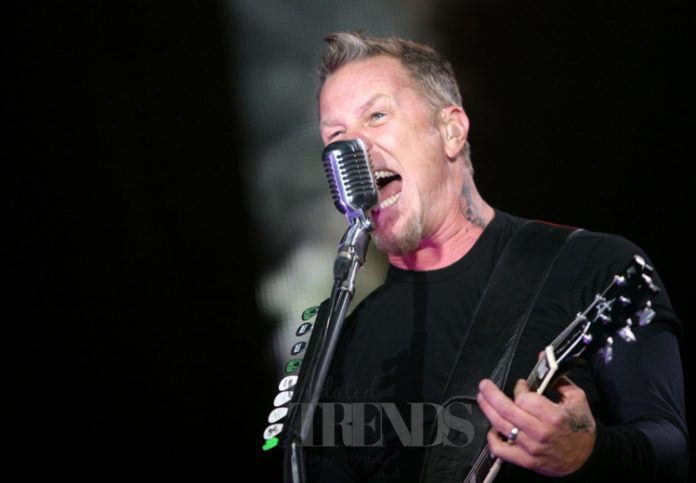 The Charlottesville incident involving White supremacists has divided the country. Pro-Nazi groups are coming out of the woodwork, and the inaction and avoidance by President Trump proves that the government will not be intervening anytime soon. This has left it in the hands of the citizens to take sides and fight for what they believe is right.

One prominent figure showing his views is none other than Metallica frontman and guitarist, James Hetfield. At a recent Metallica show, the veteran heavy metaller showed his true colors, where he urged attendees to stand together during this political upheaval. “Metallica doesn’t give a sh*t, alright? We don’t give a sh*t about the differences, okay? We care about the similarities. So the fact that you’re here – we don’t care who you voted for, what you do or don’t eat, we don’t care what color your skin is, what you do for a job. We don’t care what you’ve done in the past. What we do care about is the fact that we’re all together here, celebrating life with music. So for me, you are Metallica family. Are you with us?”

James Hetfield didn’t forget to thank “some of the craziest, most passionate, intense avid fans on the planet”.

The heavy metal community has faced a little bit of political issues in the past, most recently when former Pantera, and current Down frontman, Phil Anselmo made the Nazi salute and kept shouting “White Power” during a Pantera tribute concert. He received massive backlash from the community that forced him to post an apology video for his actions.

Metallica are currently touring North America after eight years, on the road to promote their tenth hit studio album, Hardwired… To Self-Destruct.