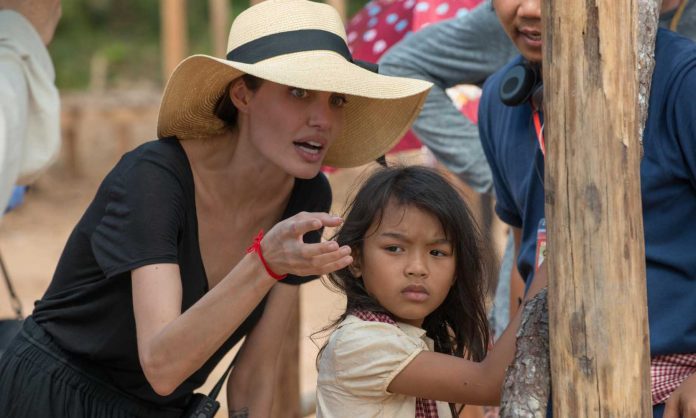 Angelina Jolie is a lot of things. A lot of positive things. She’s primarily a mother, UN Goodwill Ambassador and human rights activist. So when she’s accused of violating her very own beliefs, of course she’s going to respond to it. The media has been having a field day with recent rumours about outlandish methods the Oscar winner had practised while casting child actors for her latest film.

Shortly after announcing her divorce from Brad Pitt, Angelina Jolie was in Cambodia with her eldest son, Maddox to shoot for their Netflix exclusive film, First They Killed My Father: A Daughter Of Cambodia Remembers. Based on a true story, Angelina is directing the film, her sixth attempt behind the lens.

The media reports claim that Jolie used weird and quite a humiliating method, especially towards a child, to recruit her lead actor. According to reports, the casting team, including Angie, “set up a game, rather disturbing, in its realism: they put money on the table and asked the child to think of something she needed the money for, and then to snatch it away. The director would pretend to catch the child, and the child would have to come up with a lie.”

In normal circumstances, this would be quite cruel and traumatising, but as any decent casting director will tell you, they do use improvised scenes from the actual film to check the emotions and acting capabilities of the one auditioning.

Jolie ended up picking her lead actress – Sareum Srey Moch because she “was the only child that stared at the money for a very, very long time. When she was forced to give it back, she became overwhelmed with emotion and later, when she was asked what the money was for, she said her grandfather had died, and they didn’t have enough money for a nice funeral.”

Now, Angelina Jolie has responded to the allegations through Huffington Post, clarifying: “Every measure was taken to ensure the safety, comfort and well-being of the children on the film starting from the auditions through production and to the present.”

She also added that not real money, but simple paper cash was used, and during the time of the auditions, parents, guardians and NGO partners as well as medical doctors were present to ensure the well-being of the children.

Jolie continued, “I am upset that a pretend exercise in an improvisation, from an actual scene in the film, has been written about as if it was a real scenario. The suggestion that real money was taken from a child during an audition is false and upsetting. I would be outraged myself if this had happened.”

First They Killed My Father: A Daughter Of Cambodia Remembers will release on Netflix in September.