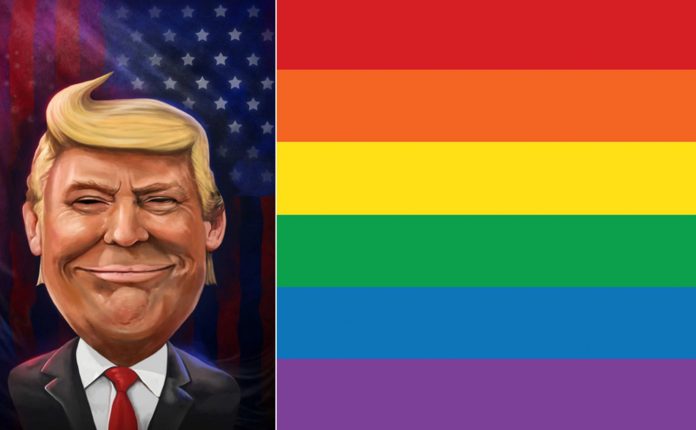 In another move that is sure to garner criticism from the citizens of the country, United States President Donald Trump today issued a statement that affects the transgender community. He stated that all transgender individuals will be banned from serving in the US military going forward. In a two-tweet post, the President said:

“Transgender individuals to serve in any capacity in the U.S. Military. Our military must be focused on decisive and overwhelming…..”

“….victory and cannot be burdened with the tremendous medical costs and disruption that transgender in the military could entail. Thank you”

Former President Obama had created a policy that allowed the US Department of Defence to cover medical costs, including surgeries involved with gender transitioning, for all individuals who are transgender and serving the country in the military.

However, Rep. Vicky Hartzler (R-Mo.) who is the author of the amendment for this policy presented to the House of Representatives, stating that servicemen and women receiving such benefits would be a “misuse of our precious defence dollars”. The House tried voting down that amendment, and involved the participation of Democrats and Republicans alike.

Navy Captain Jeff Davis said in a statement that the military “will continue to work closely with the White House to address the new guidance provided by the commander-in-chief on transgender individuals serving the military.” He continued, “We will provide revised guidance to the department in the near future.”

Trump’s decision is in stark contrast to what he had promised the American LGBTQ community during his election campaign against Democrat nominee, Hillary Clinton. He had said then in a tweet: “Thank you to the LGBT community! I will fight for you while Hillary brings in more people that will threaten your freedoms and beliefs.”

An unnamed official in the Trump administration is reported to have said of this decision: “This forces Democrats in Rust Belt states like Ohio, Michigan and Wisconsin, to take complete ownership of this issue. How will the blue collar voters in these states respond when senators up for re-election in 2018 like Debbie Stabenow are forced to make their opposition to this a key plank of their campaigns?”

….Transgender individuals to serve in any capacity in the U.S. Military. Our military must be focused on decisive and overwhelming…..

….victory and cannot be burdened with the tremendous medical costs and disruption that transgender in the military would entail. Thank you