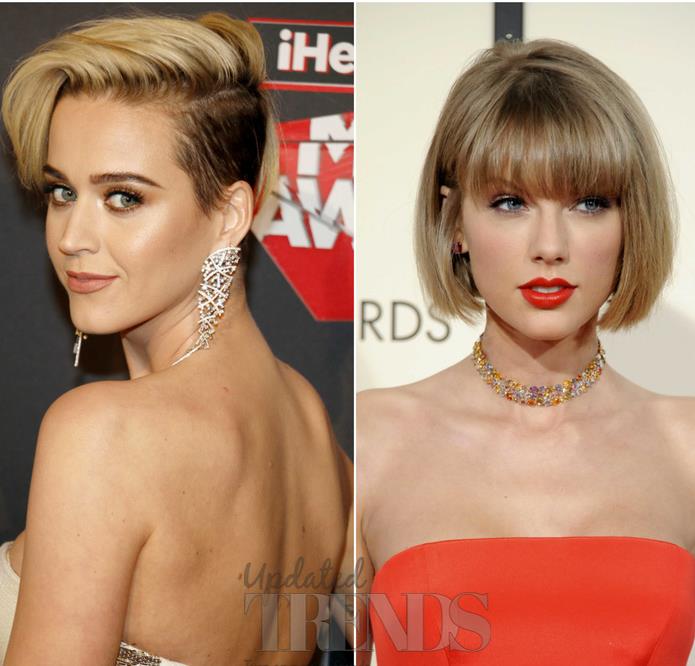 Katy Perry needs to be concentrating on promoting her latest album, Witness. Though several marketing tactics have been carried out, including that bizarre performance on SNL, her album sales have not taken off yet. One of the biggest controversies surrounding the album is an apparent diss track that Perry wrote against Taylor Swift, called Swish Swish.

If you remember, she and Swift had gotten into a cold war for what mature adults can consider pretty petty. Their feud has now been dragged on for years. It seems that Swift took it up a notch, when she released the track Bad Blood that was apparently written about Perry. Two long years later, and Katy Perry has her own diss track, though it hasn’t done nearly as well enough as Bad Blood.

While both star’s fans want them to bury the hatchet, it seems like their disagreement could take a while to come to a conclusion. Swift has never really come forth on her side of the story, though Katy Perry brought everything out in the open during her Carpool Karaoke with James Corden. She said, “Okay, so there were three backup dancers that went on tour with her tour, right? And they asked me before they went on tour if they could go, and I was like, ‘Yeah, of course. I’m not on a record cycle and get the work, and she’s great and all that. But I will be on the record cycle probably in about a year. So be sure to put a 30-day contingency in your contract, so you can get out if you want to join me when I say I’m going back on’. That year came up, right? And I texted all of them because I’m very close with all of them, and I said, ‘Look, just FYI, I’m about to start. I want to put the word out there’. They said, ‘Ok, we’re going to go and talk to management about it’. And they did, and they got fired.”

She then went on a spiritual tangent, saying, “But what I want to say is that I’m ready for that BS to be done. Now, there is a law of cause and effect. You do something, there’s going to be a reaction, and trust me, daddy, there’s going to be a reaction. It’s all about karma, right? I think personally that women together – not divided, and none of this petty bullsh*t – women together will heal the world.”

She continued the sentiment in another interview, saying, “I love her, and I want what’s best for her. And I think she’s a fantastic songwriter, and I think that, you know, if we – both her and I – can be representatives of strong women that come together despite their differences, I think the whole world is going to go like, ‘Yeah, well we can do this’. I don’t know. Like maybe I don’t agree with everything she does, and she doesn’t agree with everything I do, but I just really truly want to come together in a place of love and understanding and compassion and forgiveness.”

Taylor Swift has not made one public announcement of this age-old feud. However, people thought it pretty shady on her part when she re-released the entire catalogue of her songs on multiple streaming sites on the same day that Witness was released.