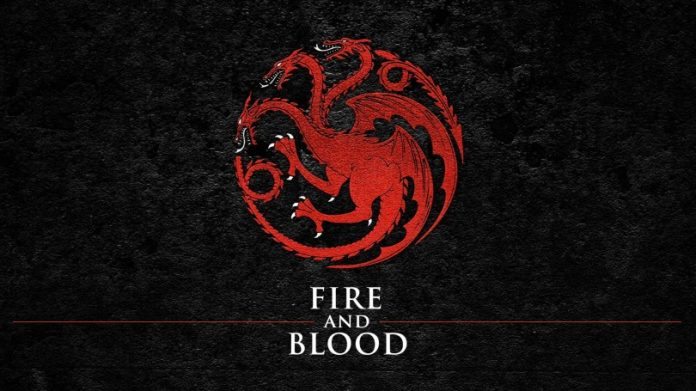 Game of Thrones author George R R Martin isn’t yet done with all the gore and glory in Westeros just yet. He will be writing a storyline on one of the most fiercest families in the land and all of the free world – the Targaryens.

Talking about the upcoming writing project that he will be working on, and promising to release it in 2017, George R R Martin said –

‘The Sons Of The Dragon’ is the title. Those of you who enjoyed ‘The Princess And The Queen’ in DANGEROUS WOMEN and ‘The Rogue Prince’ in ROGUES will probably like this one too. It’s water from the same well. A history rather than a traditional narrative. A lot of telling, only a little showing. (The opposite of what I do in my novels).

But if you’re fascinated by the politics of Westeros, as many of my readers seem to be, you should enjoy it. As the title suggests, ‘The Sons Of The Dragon’ chronicles the reigns of the second and third Targaryen kings, Aenys I and Maegor the Cruel, along with their mothers, wives, sisters, children, friends, enemies, and rivals. If you’re read something to that effect on the web, good, that much is right.

HBO’s Game Of Thrones Season 7 will be releasing in June 2017.