Our palates can sometimes defy all odds and, like a nugget on sinking soil, adamantly make us whet our appetite on unusual cuisines from around the globe. Or get recounting of others doing so. To say that there are earthlings who like foods such as fried brains, bird’s nest soup, and beer-sodden shrimps is an understatement. Why, pray, they are delicacies!

As we do a culinary exploration, you should imagine savoring these culinary delights.

Basically, this formerly consisted of a calf’s brains–nowadays it’s a cow aged under 2 1/2 years– that have been sliced, then put on a sliced loaf. Yucky cuisine, huh? Not to the central part of the U.S. Though still common, the mad cow disease made it unpopular.

You can imagine knowingly eating poisonous food. It’s a death wish, right? It’s made from putterfish, a highly toxic Japanese fish and whose toxicity can ably kill as much as 30 persons; it’s served as stew or as raw thinly-sliced fish, locally known as sashimi. Due to it’s toxicity, the chefs making this expensive cuisine undertake a years-long training, because a petty error can doom the customer.

Mind-boggling, huh? This is made from a small bird called edible-nest swiftlet; its nest is made from hardened saliva. Used for millennia by the Chinese, it’s believed to have medicinal value. This cuisine is expensive, and will cost you as much as $10,000.

A delicacy in Cambodia, tourists love it. Garlic oil is used to deep fry the spider, especially the tarantula, until it’s exterior is crispy and interior sticky. This creepy Khmer Rouge era-inspired cuisine is rich in protein and the grapevine telegraph has it that it makes you more beautiful.

This Philippine cuisine comprises of a duck embryo, cooked while still inside and consumed from and with the eggshell. You can use seasoning as you irrigate your gills with an ice-cold beer.

Originally from South Koreans, this culinary delight comprises of small live octopuses; you eat it complete or in bits. You eat it raw, with the tentacles wiggling in a thin film of sesame oil. It can be a dangerous cuisine because sometimes octopuses’ suckers can hooked at your throat, either chocking or, in extreme cases, killing consumers. But with the octopus clinging on your face as you ingest it, it’s a sight to behold!

This Japanese cuisine is sashimi, comprising of live seafood. You select your preferred live seafood from an aquarium, which the chef then prepares it alive, by filleting it. If you aren’t ready to consume it, you put it back in the tank till you’re ready.

A famous Asian cuisine, it’s got from dried and preserved lizard. According to popular opinion, it has health benefits; but the method of getting its medicinal value, by first soaking it in alcohol, can be years-long.

This Icelandic cuisine is simply rotten shark, made edible by fermentation and decaying, otherwise it would be toxic. You can eat it if you ignore the ammonia stench and the putrid flavor. But if eating for the first time, it’ll gag you.

This pocket-friendly Japanese cuisine costs merely $1. However, you need to boil it before eating. Its taste is similar to that of squid. 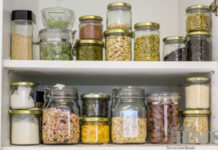 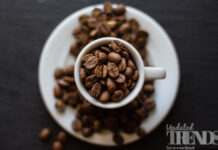 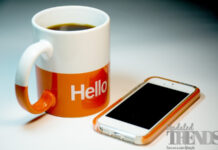