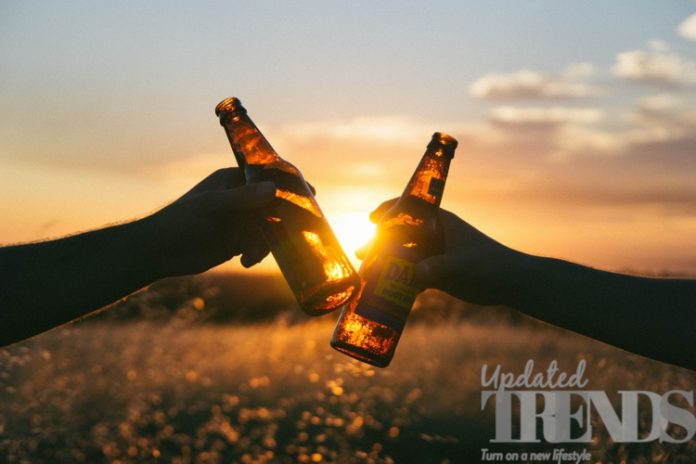 Some of the results of a major genetic study have said that blood pressure and stoke risk are rising steadily the more alcohol drinking people. Some of the earlier reports had claimed that one or two drinks a day might protect against stroke, but that is not true. The research made use of data from a 160,000 strong cohort of Chinese adults and many of whom are not able to drink alcohol due to genetic intolerance.

It was found that people who drink moderately consuming 10 to 20 grams of alcohol in a day raise their risk of stroke by 10 to 15 percent. The study also found that heavy drinkers who consume more drinks a day, their blood pressure rises significantly and the risk of stroke increases by around 35 percent. Zhengming Chen a professor at the Oxford Universty’s Nuffield Department of Population health, who had co-led the research said, “The key message here is that, at least for stroke, there is no protective effect of moderate drinking. The genetic evidence shows the protective effect is not real.”

The World Health Organization has estimated that around 2.3 billion people across the world drink alcohol and an average person everyday consumption is at 33 grams of pure alcohol in a day. It is roughly equivalent to two 150ml glasses of wine which is a large 750 ml bottle of beer or two 40 ml shots of spirits. The new study has been published in the Lancet medical journal that focuses on people of East Asian descent, while many of whom have genetic variants that limit alcohol tolerance.

As the variants have specific and large effects on alcohol but they do not affect other lifestyle factors like smoking, diet, economic status, or education, they can be used by scientists to nail down the casual effects alcohol intake. It has also been said that the findings about the biological effects of alcohol must be the same for all people across the globe.