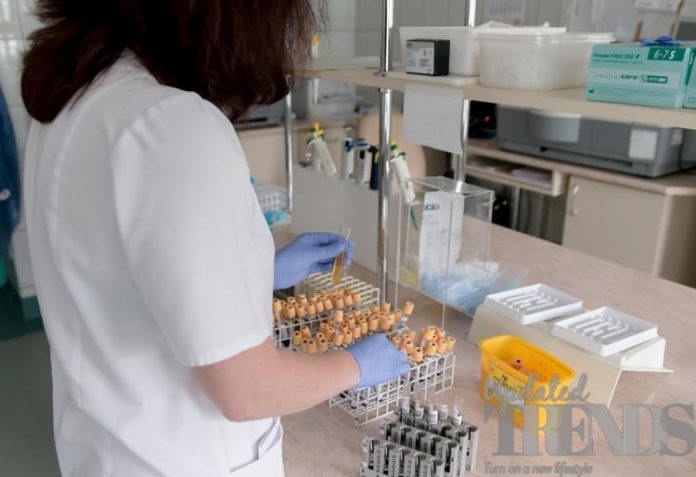 A bunch of researchers have claimed that they have found a blood test that can identify the presence of cancer in the body. At the same time the experts have warned that such a test seems promising but cannot be considered as fool proof. Scientists at the University of Queensland in Australia while analyzing healthy cells and cancer cells found that cancer DNA fragments adhered to solid surfaces like metals in different ways.

With the help of that information, they have developed a simple test where the blood can be mixed with a solution that contains gold nanoparticles. The details of the test were published in the Nature Communications which had peer-viewed, open access of scientific journal. If the cancerous DNA of any kind is present in the blood then the nanoparticles of gold change its color. Matt Trau, a professor at the University of Queensland and one of the study’s co-authors in a statement said, “Discovering that cancerous DNA molecules formed entirely different 3D nanostructures from normal circulating DNA was a breakthrough that has enabled an entirely new approach to detect cancer non-invasively in any tissue type including blood”.

The researchers have also exclaimed that the test can prove to be the way for cheaper and faster cancer diagnosis. The testing process takes just ten minutes and can be adapted to occur within an inexpensive and portable diagnosis system. Trau added that they are still not aware if it could be a blessing for all cancer diagnosis but surely looks interesting as it is a very simple marker of cancer. It is also accessible and an inexpensive technology that does not require any complicated lab-based equipment like DNA sequencing.

At the same time some of the observers were hesitant on celebrating the remarkable technology as more research needs to be conducted in terms of more assurance of diagnosis. While the test can identify if someone has cancer, it cannot yet determine the origin or severity of the disease.