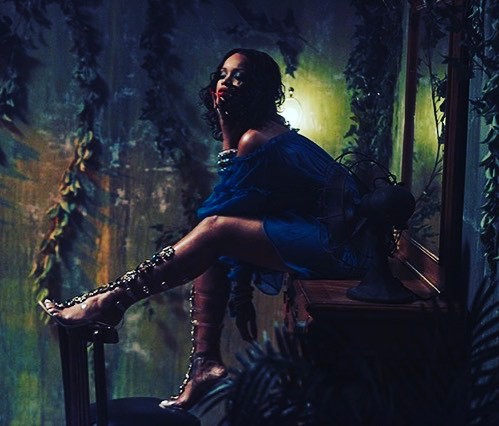 We’re barely over 20 months into the release of Anti, and yet the Navy is still pining for more Rihanna music. If you think that RiRi is busy acting/frollicking in a pool with a handsome Saudi billionaire/being a fashion diva, then you can put all of that aside. According to Major Lazer’s Diplo, Rihanna is actually working on her upcoming studio album.

In an interview with iHeartRadio, Diplo let out the facts: “We talked a little bit because she’s writing a lot of new music right now for her next project and hopefully we can connect.”

He also let out that like Anti, her new album promises to include some reggae tunes. “I know that we both have the same affinity for dancehall and reggae and things like that. I know she knows she’s a fan of our [Major Lazer] music.”

We also know that Rihanna had in fact rejected Diplo for music he previously brought to her, calling it “airport music”. So he’s making sure that he’s pulling up his socks to get only the best that the Bajan beauty can possibly twerk to! “You always gotta be on your toes and work harder and she made me feel that way and I love her to death.”

Rihanna was last seen in DJ Khaled’s Wild Thoughts with Bryson Tiller. The singer will also next be seen on the big screen with the likes of Sandra Bullock for the all-women ensemble cast for Ocean’s Eight, the re-boot to the hit heist-feisty film trilogy, Ocean’s Eleven.