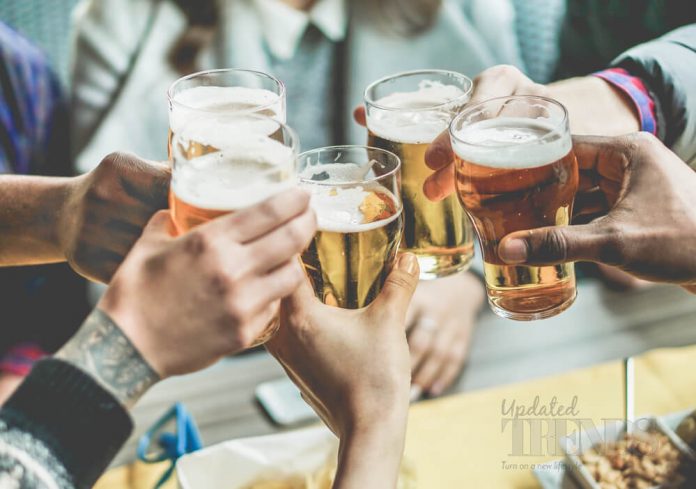 Scientists have found a way of brewing probiotic beer which incorporates a live strain of good bacteria, which can boost gut health and help you lead a healthier life. So beer may not be that bad for your, after all!

Thanks to a team of researchers in Singapore, Beer could be your shot to leading a healthy life. The idea of a probiotic beer was the brainchild of Singaporean research student Chan Mei Zhi Alcine, who consumes dairy-based probiotic drinks daily. She sought to create beer with a live strain of Lactobacillus paracasei L26. This bacteria resides within the walls of the human intestine and has the ability to neutralize toxins, viruses and boost the immune system.

Several studies have shown that eating and drinking food with probiotic bacteria increases one’s immunity and efficiency of the digestive system. The research team at NUS Food Science and Technology Program spent more than 9 months to create the recipe and after several tests and failures, they have successfully created a probiotic beer.

Talking about her innovation, Chan Mei Zhi Alcine says to leading media outlets, “The health benefits of probiotics are well known. While good bacteria are often present in food that have been fermented, there are currently no beers in the market that contain probiotics. Developing sufficient counts of live probiotics in beer is a challenging feat as beers contain hop acids that prevent the growth and survival of probiotics. For this beer, we used a lactic acid bacterium as a probiotic micro-organism. It will utilise sugars present in the wort to produce sour-tasting lactic acid, resulting in a beer with sharp and tart flavours. The final product, which takes around a month to brew, has an alcohol content of about 3.5 %.”

The research team at NUS Food Science and Technology Program has currently filed for a patent to protect the recipe for brewing the probiotic sour beer. The beer is expected to hit the markets soon after the patent has been granted.