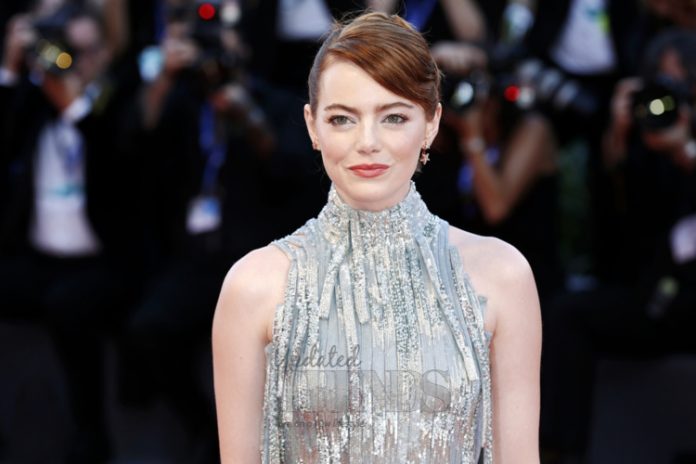 Oscar winner Emma Stone opened up recently about the selflessness of her male co-stars. The ongoing debate about gender inequality in Hollywood and the massive wage gap difference between male and female actors has a number of stars coming out and trying to make a difference. Though she didn’t specify which male co-star(s) has done the deed, she did say that her male contemporary agreed to a pay cut so that their wages would match up for equal effort and work they were putting into their movie.

In an interview with a leading daily, Emma Stone said:

“That’s something they do for me because they feel it’s what’s right and fair.”

“That’s something that’s not discussed necessarily – that our getting equal pay is going to require people to selflessly say, ‘That’s what’s fair’. If my male co-star what has a higher quote than me but believes we are equal, takes a pay cut so that I can match him, that changes my quote in the future and changes my life. And this is Billie Jean’s feminism, and I love it – she is equality, man. Equality, equality, equality.”

Emma Stone will be playing tennis star Billie Jean King in the upcoming film, Battle of the Sexes. Her Crazy Stupid Love co-star, Steve Carell plays the role of Bobby Riggs, a tennis player who was known for making jibes at his female sports contemporaries. The film itself brings out a lot of issues, including feminism and the dominance of males in the work place, whether it’s a field or a tennis court or an office.

Emma Stone won her first Oscar this year for her role in the modern musical, La La Land. The talented actress is a force to reckon with, choosing roles that send a message that actresses are more than just supporting roles in films.