There are a lot of talented people out there looking for a chance to stake their claim for fame. The age of social media has given great opportunities for relatively well known faces to get international fame almost overnight and YouTube is no exception. The video sharing portal that was bought over by Google for over 1 billion dollars is the most famous website for anyone and everyone to upload videos of their choice and can even earn them millions in the bargain. Here are our Stars Who Got Their Fame Through YouTube:

Who doesn’t know this Canadian popstar who is in the news almost daily? The Biebs first made home videos of his performances and audiences loved it so much that Def Jam Records signed him on and the rest is history. The star earns over 50 million dollars annually, and he has YouTube to thank for it.

This comedienne posted funny videos to her “Brookers” channel and it turned out to be quite a lucrative decision as she later got into a contract with Carson Daly to work on content for his show. Not only that, she also continues to be successful in providing some of the best original work to many other shows as well.

Have you heard of the YouTube channel “LonelyGirl15”? Millions of followers kept up with the fictional Bree, a young girl who spoke her mind on life and personal struggles. Even though it wasn’t real at all, people didn’t mind and the success she had on YouTube translated into an acting gig on Greek and various other movie appearances.

“What up everyone?! It’s your girl, Superwoman!” With over 9 million Subscribers and counting, Lilly Singh stands testament to YouTube success that is unparalleled. A young Indian-Canadian girl being real about the stuff we face in life has now become an international sensation, appearing on The Jimmy Fallon Show and touring the globe with her A Trip To Unicorn Island shows. It is said that she is worth over 2.5 million dollars as we speak.

PewDiePie is a name synonymous with YouTube. In fact, this young self-financed entrepreneur and philanthropist has more Subscribers than Rihanna! And what is his claim to fame? Uploading commentary videos for popular video games that he plays. He dropped out of college and worked at a hot dog stand to fund his ambition of becoming a YouTuber, and now is listed among the 100 Most Influential People of the world.

The YouTube star was one of the first to start a channel dedicated to make-up tutorials. Her pretty face and DIY techniques earned her a mass following and she managed to grab the attention of make-up giant, Lancome – becoming their first non-celeb spokesperson. With her work, she has inspired dozens of self-taught make-up artists to pursue their dreams of creativity through tutorial videos.

The South Korean singer was famous locally in his country of origin. However, YouTube helped him go global. When his single from his sixth album, Gangnam Style was out, the world went crazy and the video got him over 1 billion views. Till today, his track and later ones, including Gentleman and another featuring Snoop Dogg, there is no looking back for the crazy dance man!

Jenna Mourey was a college graduate with a relatively happy life who shot to fame after posting a video “How To Trick People Into Thinking You’re Good Looking”. As of today, she has over 16 million Subscribers and over 1 billion views. She has turned her hobby into a profession and now has people working for her and built brands that have expanded into pet products as well as a podcast with her boyfriend.

A long time ago when Oprah was still the talk show queen, a young girl from the Philippines made her debut on the show after a video of her performing to tracks from Celine Dion and Whitney Houston were uploaded to YouTube. She got the chance of her life by being signed on by David Foster. She was also cast as Sunshine Corazon on teen musical TV series, Glee. Charice continues to inspire people after surviving a traumatic childhood and coming out of the closet.

A YouTube star list would not be complete without the world’s most famed sketch artist, Shane Dawson. Currently his channel has a total of over 3 billion views! He loves doing celebrity impersonations along with his long time producer, Lauren Schnipper. As his YouTube career has soared, he has also worked on a movie starring himself, a memoir and released over 6 singles. 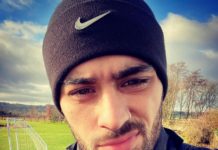 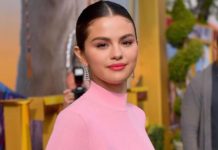 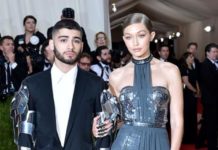