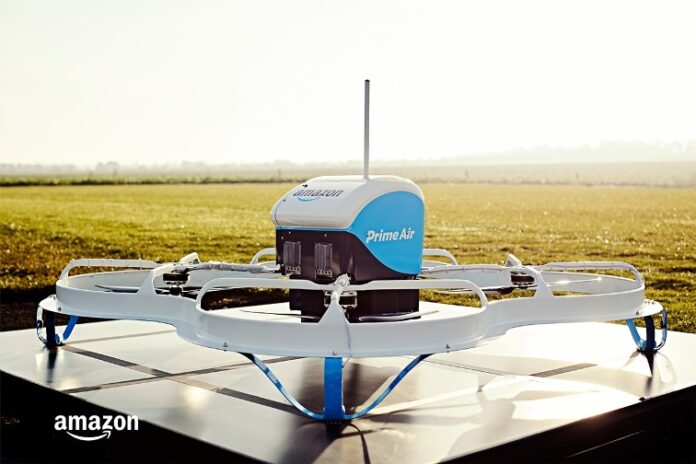 Drone delivery service by Amazon has finally been kicked off for the population of Lockeford, California. They will be the first to receive packages through Prime Air program later in 2022. As per Amazon, the customers who reside in Lockeford will be able to see the items at the online store that would be eligible for prime Air delivery. The customers will have to place their orders as they do on a regular basis. Later they will get a status tracker along with an estimated tome of arrival on the order when the drone takes off towards the destination.

The drone will take off with the products that have been ordered and will be arriving at a space at the customer’s backyard. The drone will try to find an area that would be free of obstacles and will be hovering over the yard at a safe height. The drone will slowly lower the package and release it to the ground and fly away. Amazon was generous enough to talk in detail about its drone delivery service , which is something that other companies with similar service refrain to talk about.

Amazon has revealed that the drones are equipped with a sense-and-avoid system that allows it to avoid any obstacles. The drones would be able to sense if something is moving or stationary. It will change its course of action if necessary. Amazon for the drone service has worked with the FAA (Federal Aviation Administration) and some of the regulators to make the drone delivery service possible. While looking at the pictures, the company went through a number of prototypes before it created the one that remained.