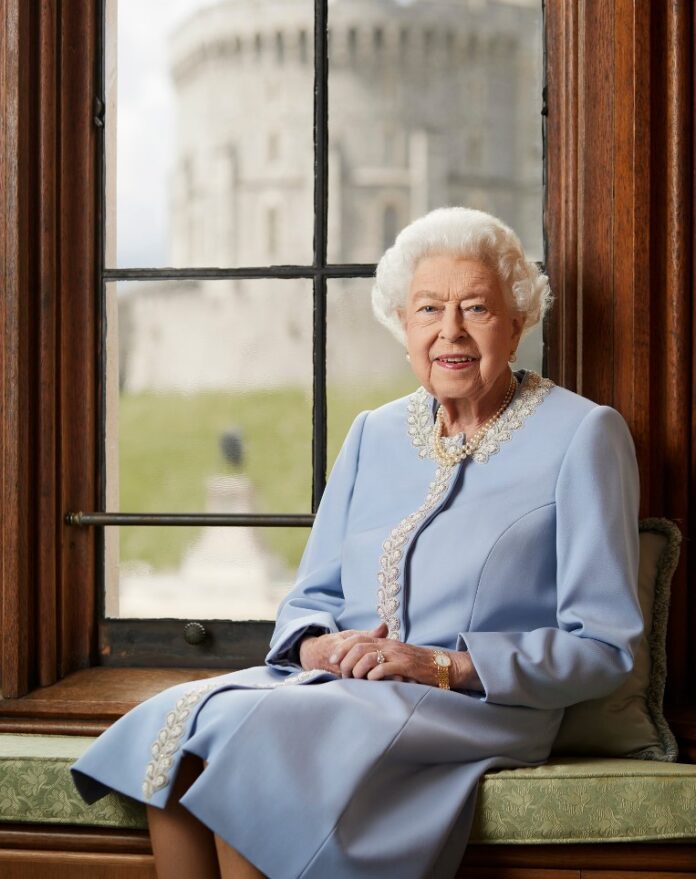 Queen Elizabeth II is celebrating the Platinum Jubilee of her reign on the throne. To mark the occasion a new portrait has been released by the Buckingham Palace, that celebrated the 70 years of the monarch on the throne. The new portrait was released on June 1, 2022 and the Platinum Jubilee celebrations are all set to begin from June 3, 2022 with Trooping the Color ceremony in the morning.

The new portrait of the Queen has shown her seated at the Victoria Vestibule  at the Windsor Castle and the picture has been clicked by Ranald Mackechnie. The backdrop has shown the Round Tower  of the Castle  and the statue of King Charles II which can be seen standing at the Quadrangle of the Castle. The portrait also has a message from the Queen that has been released just before the four day Platinum Jubilee celebrations begin. The Queen in the message has thanked people who were involved in convening families, communities, neighbors and  friends to mark her Platinum Jubilee.

Queen Elizabeth II in her message also added that she hopes, more memories are created at these festive occasions. The monarch while talking about her 70 years on the throne added in her message that she is looking forward to reflect on all that has been achieved in the past 70 years  and looks forward to the future with confidence and enthusiasm.

The Palace also shared a portrait of the Queen that marked her 96th birthday that showed her posing with all her fell ponies. Talking about the Platinum Jubilee celebrations, it has been reported that Prince Harry and Meghan Markle will be attending the ceremonies with their children Archie and Lilibet. This will also mark the first time the Queen will meet their daughter Lilibet, who will be celebrating her first birthday on June 4, 2022. The couple reportedly will not be engaging in any of their own engagements to avoid over-shadowing the Platinum Jubilee celebrations.