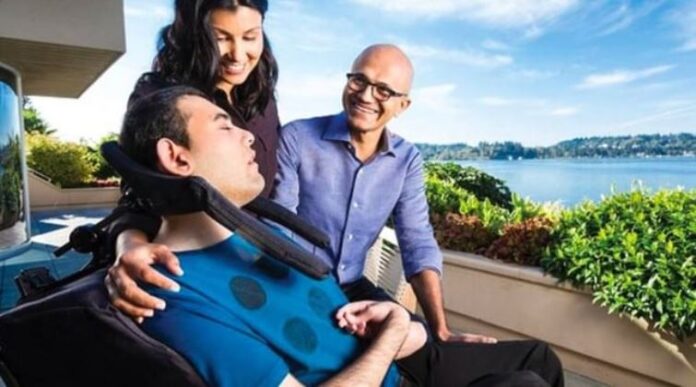 US based software giant Microsoft Inc. announced that the son of its Chief Executive Officer Satya Nadella and wife Anu passed away on February 28, 2022. He was reportedly 26 years old and was born with cerebral palsy. The information about Zain Nadella was passed through an email to the executive staff. The email requested the executives to remember Zain in their prayers and thoughts as they give them some space to grieve privately.

Satya took over the CEO’s position in 2014 and ever since then he has been focusing on designing products to improve the user experience of people who had disabilities and had cited the lessons that he learned while raising and supporting his son Zain. In 2021, Zain had joined his family at the Children’s Hospital, where he received most of his treatment to establish the Zain Nadella Endowed Chair in Pediatric Neurosciences that is a part of the Seattle Children’s Centre. Jeff Sperring, the CEO of the Children’s hospital, remembered Zain and added that he will be remembered for his eclectic taste in music and his smile that brought joy to his family and to people who loved him.

Zain was born in 1996 with cerebral palsy and Satya had described the year as a thrilling time when his wife was 25 years old while he was 29. This was when Satya’s career as an engineer was taking off while his wife was also on her way building her career as an architect. Satya had then expressed that they were far away from their families in India but were settling their new life in Seattle area. Things became even more interesting when his wife became pregnant with his child and they lived at an apartment next to the Microsoft campus.

Cerebral Palsy is a condition where the muscle coordination is affected which is caused due to the damage to the brain caused at birth or during the first few years after the child is born.