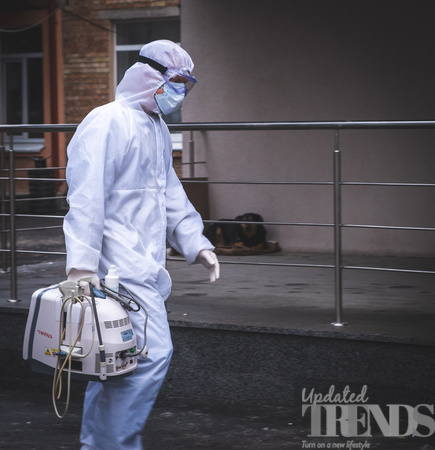 The Centres for Disease Control and Prevention  (CDC) has shortened the isolation time that it had earlier recommended for the healthcare workers who test positive for COVID-19. The isolation time has been shortened from ten to seven days as long as they do not have any symptoms. The decision was taken by the health officials over the concern that the concerns related to the more transmissible omicron variant could worsen the staffing shortage problems at the hospitals across the country.

The CDC in its guidance has also said that the infected workers who do not have any symptoms, can return to work after seven days with a negative PCR test. It has also said that the employers can further reduce the isolation period if they are facing any kind of shortages. The Centres for Disease Control and Prevention has also mentioned that the workers who are fully vaccinated including a booster do not have to self-isolate or quarantine at home after they have been exposed to the virus.

Dr. Rochelle Walensky, the director of CDC in a statement said that the goal of the agency is to prevent the undue burden on the healthcare facilities. Walensky added that their priority would continue to remain prevention and has strongly recommended the healthcare personnel to get vaccinated and get their booster shots as well. As per the data from the Department of Health and Human Services one in five hospitals are already facing lack of personnel and the problem is expected to get worse in a week. On the other hand the administration has already started to send the federal medical personnel to other states where the hospitals are nearing its capacity.

On the other hand the other industries have also called out to the agency to revise the isolation guidelines. The United States is facing a new surge in the number of the cases with the omicron variant which now accounts for 73 percent of the new cases.