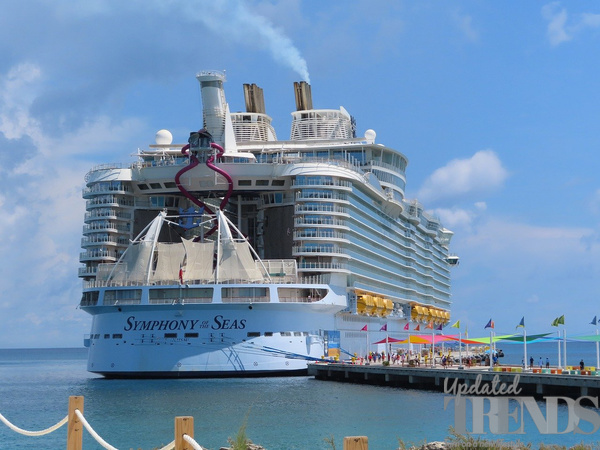 After a long wait and despite taking a number of stringent measures, the Royal Caribbean cruise operator has said that nearly 48 people onboard have tested positive for coronavirus. The passengers were from one of the ships that docked at Miami over the weekend. The Symphony of Seas was carrying more than 6,000 passengers and crew for a week long journey around the Caribbean. The cruise operator said that one of the passengers had tested positive that prompted a wide contact tracing.

It was in summer 2021, when the cruise ships were touted as one of safest vacations after the cruise industry had started off again in the United States. The cruise operators had started to operate again after the COVID hiatus and after new COVID protocols were implemented. The Royal Caribbean in a statement said that one of the passengers had tested positive and this was when an extensive contact tracing was implemented and more infected patients were discovered. The statement added that 95 percent on the cruise were vaccinated and out of those who tested positive, 98 percent were fully vaccinated.

For now, it is not known if the new omicron variant is the one that has caused the spread in the cruise ship. The rules laid down by the Royal Caribbean said that the travellers aged 12 and above should be fully vaccinated and will also have to test negative before the cruise departs. The cruise had also recommended that the passengers received their booster shots before they begin to sail. But that was not mandated.