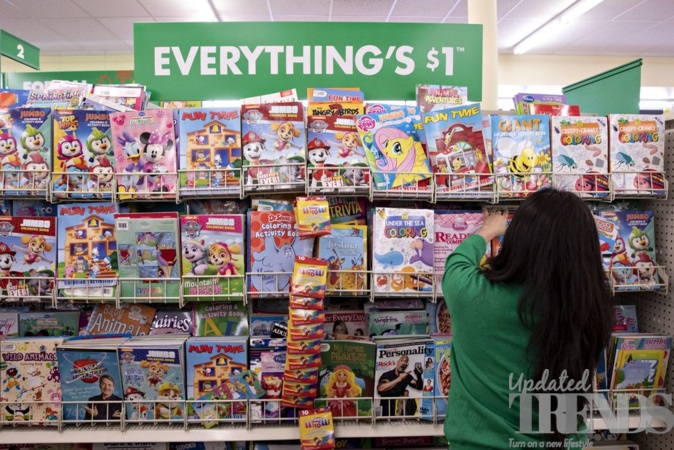 The popular retail chain Dollar Tree has since the past 35 years priced everything at $1 or less. But the company made an announcement on November 23, 2021 that it will soon introduce a permanent increase in its prices. A news agency has mentioned that the new price hike will start rolling out at some of the selected locations and more than 2000 locations will be included with the new prices in the upcoming months.

The company approximately has 8,000 locations and will be increasing the prices at some point early next year. Dollar Tree released a statement that said that it believes that it is the right time to shift away from the constraints of $1.00 price point with an intension to offer extreme value to the customers. The company explained that the decision is being taken due to the rising costs of goods and operations like the wages but clarified that the ongoing supply chain shortage was not the cause for the hike.

The executives from Dollar Tree have expressed that they do not think that their customers would have a backlash against the chain for the reason that its prices have remained consistent since decades and continue to offer value for money. Michael Witynski the CEO of Dollar Tree while in conversation with industry analysts said that the customers believe that at $1.25 it will continue to be a value as they are seeing out in the marketplace.

Witynski added that the customers are also aware that the company has not increased the prices since 35 years. Ever since the pandemic started to slow down a heavy shortage of labor, supplies and shipping has been faced in a number of sectors. Due to the hiked labor and supplies prices, the product prices gradually went up. Even some of the basic stuff that come under groceries are now expensive.