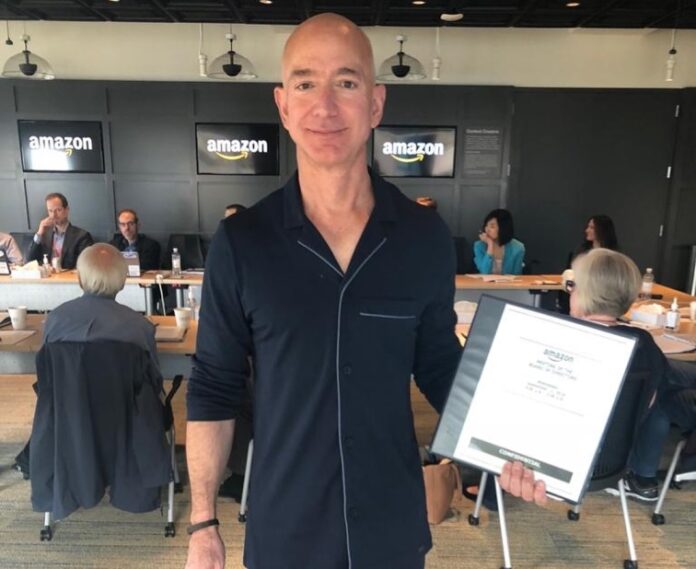 American business tycoon Jeff Bezos, the founder of Amazon has stepped down from his position as the CEO on July 5, 2021. The 57 year old handed over the operations as the company now faces fresh challenges during the coronavirus pandemic. Andy Jassy has been brought as a replacement for Bezos. The change was announced by the company in the month of February 2021.

Bezos is the biggest shareholder of the company with a stake worth nearly $180 billion. He will continue to have a control of the company that he had found in 1995. Bezos will also be taking over the role of the executive chair and will be focusing on new products and initiatives. It was during the pandemic, when Amazon made the most of the period of crisis. While a number of people remained at home as a safety measure, Amazon made sure that it was able to deliver the essentials to people at home. People who remained vulnerable including senior citizens made the most of the service. Due to the situation, its profits tripled during the first quarter of 2021.

It also posted a record revenue as its customers became more dependent on the service due to the convenience. However, as the economy continues to recover, it is facing a crisis in terms of labor as a number of other retailers and manufacturers compete for workers while offering higher wages and more benefits. Earlier it had also faced a challenge when the workers had unionized at the warehouse of Alabama, but then things were sorted out soon.

Bezos in an earlier blog post to his employees said that he is planning to devote his time to the side projects and that includes his space exploration company Blue Origin. He will also be overlooking his philanthropic initiatives apart from the Washington Post that he owns. Bezos is also about to live his dream of travelling to space on July 20, 2021.