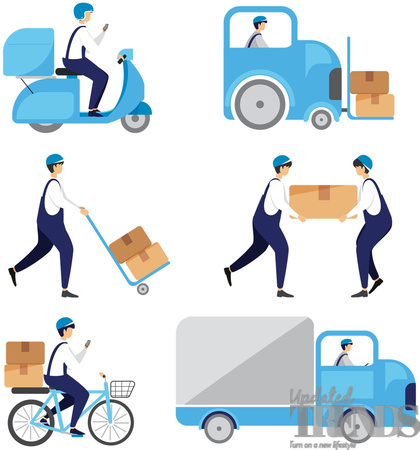 2020 was the year when a number of nations across the globe were under lockdown mandates due to the coronavirus pandemic. While the lockdowns limited the carbon emissions of a number of companies, Amazon carbon emissions increased by 19 percent. The emissions on a global level saw a sharp drop due to the lockdowns. The annual sustai9nability report was issued on June 30, 2021 and it revealed that its activities resulted in emissions equal to 60.64 million metric tons of carbon-di-oxide in 2020.

The figure went up from 51.7 million metric tons that was recorded in 2019. The COVID-19 pandemic forced a number of people to remain indoors to limit the exposure to the virus that has so far claimed millions of lives. In 2020 the massive drop in the industrial and other activities had significantly brought down the global greenhouse gas emissions. The global carbon emissions had dropped by nearly 7 percent in 2020. It marked the biggest decline on record.

Amazon explained that its emissions went up in 2020 as the pandemic had led to a growth in its business. The e-retailer was one of the few companies that benefitted the most during the pandemic. The company sold everything from office supplies, hand sanitizers, face masks, groceries and everything that one could think of. Reports say that the company made a record of $386 billion in revenue 2020. The carbon emissions by Amazon had gone up, but the company lowered the intensity by 16 percent.

The climate pledge by Amazon was revealed in 2019. As a part of the project, it has committed to go carbon neutral by 2040. It was in June 2020 when the company had said that it would depend completely on clean energy by 2025. Amazon has also committed to include electric vehicles in its delivery network. It has ordered 100,000 electric vehicles for delivery from Rivian. The vehicles are expected to be functional by 2030.