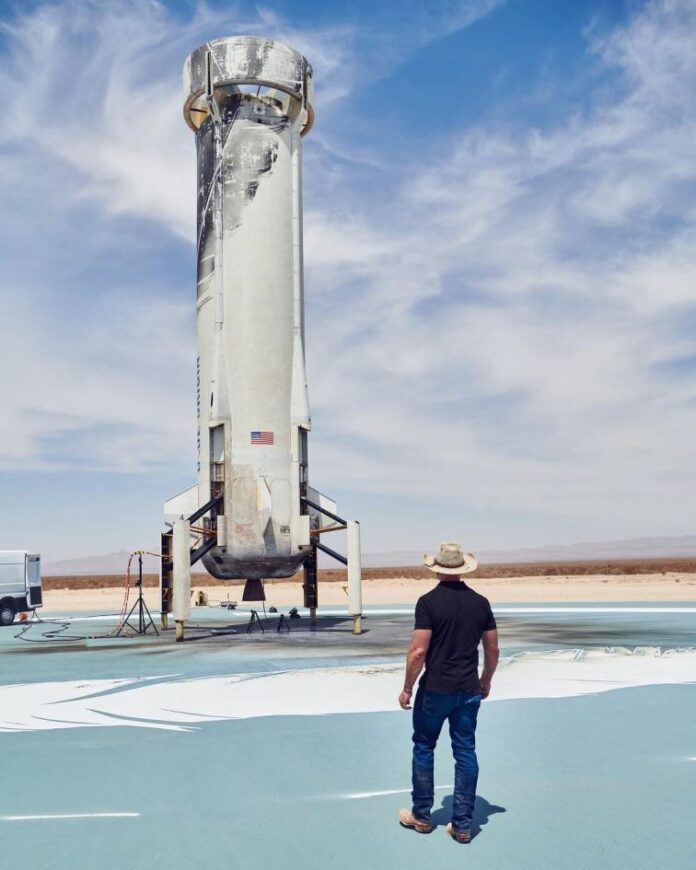 Sub-orbital spaceflight services company Blue Origin has an aim to send ordinary people to space. It has been nearly two decades since the company has been found and the founder himself has decided to take the big step. Jeff Bezos and his brother will be flying to space in the first human flight that will be launched by Blue Origin.

Bezos in an Instagram post expressed that travelling to the space was something that he wanted to do since childhood. The founder of Amazon, who is one of the richest people in the world will be flying on the inaugural flight which will have a crew. The post further informed that he is all set to begin the journey on July 20, 2021 with his brother and called it as a great adventure with his best friend. Brother Mark has called it as a remarkable opportunity in a video.

New Shepard is the name of the Blue Origin aircraft and the bidding for a seat on the flight had reached $2.8 million when Bezos had announced about his plans to take the flight. The auction will come to an end on June 12, 2021. Talking about the itinerary, the capsule and the booster are expected to take off vertically and the capsule will get separated at nearly 250,000 ft which is nearly 76 kilometers. The booster is expected to land nearly 2 miles from the Launchpad. The capsule will land to a desert floor with the help of parachutes.

The aircraft New Shepard has been named after Alan Shepard who was the second person and the first US citizen to fly to space. The official website of Blue Origin has mentioned that the company expects to launch its passengers to more than 100 kms above the earth’s surface. The passengers launched in to the space will be able to witness microgravity. The capsule can carry six people at a time.