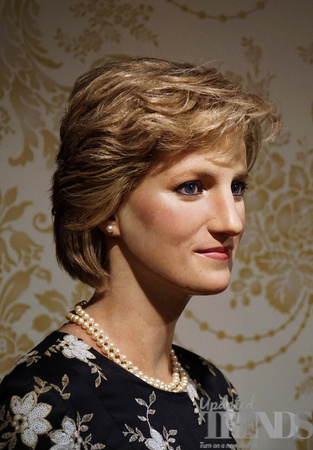 Royals Prince Harry and Prince William are all set to unveil their late mother Diana’s memorial statue this summer. But some of the sources have revealed that the brothers would be insisting on delivering separate speeches instead of a common one. Prince Harry currently lives at Santa Barbara, California with wife Meghan Markle and son Archie. He is expected to return to the United Kingdom to unveil the statue of his late mother Diana. Things have been pretty tense between the royal family members and Prince Harry and his wife ever since their controversial interview with Oprah Winfrey.

There are reports and predictions that the brothers, who used to be once close, might not be showing a united front and each have insisted on preparing a separate speech. It is also expected that their body language is not expected to show a united front. While things have become sour between the two fronts, the Duchess of Sussex Meghan, could conveniently excuse herself due to the birth of her second child. In this way she will have a legit excuse of not facing the family back in United Kingdom.

Talking about Princess Diana’s statue, it has been commissioned to mark the 20th death anniversary and the positive impact that she has left in the UK and across the globe. There have also been reports that Prince Harry looked out of place when he had arrived for the funeral of his grandfather Prince Philip. It is very expected that this time he might get a very cold reception. There are also reports that some of the family members have blocked him completely and are not in talking terms.