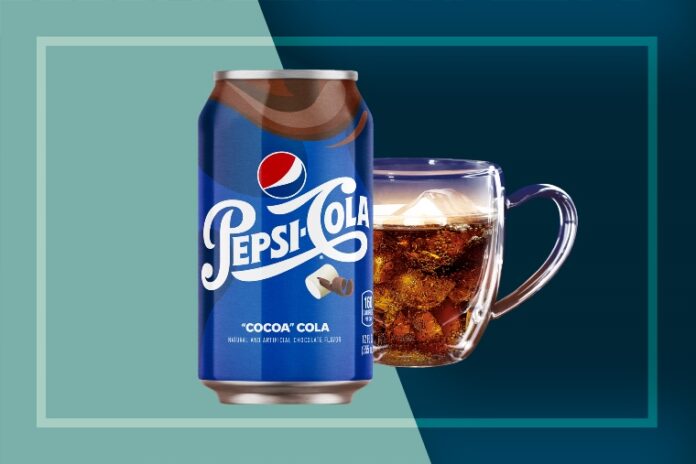 There is nothing better than a warm cup of hot chocolate on a cold winter morning. January 31, 2021 was National Hot Chocolate Day and Pepsi had its own way of celebrating the occasion. The beverage giant is giving out free samples of its frizzy drink Cocoa Cola. The company has announced a contest through its Twitter account and has asked the fans to send a picture of themselves while holding a mug of hot chocolate.

About 2,500 contestants who send their pictures will be rewarded with two cans of the drink which is yet to be launched. The contest will last until February 1, 2021. The company has claimed that the new Pepsi Cocoa Cola will give its customers a taste of nostalgia as it will hit the right blend of cocoa and Pepsi Cola. The beverage is going to be milk chocolate based with a dash of vanilla flavor to give it that creamy taste with every sip.

Going by the taste, it would be the perfect drink that can be enjoyed while relaxing on the couch or at any time when you are looking to enjoy a treat during those winter days. Todd Kaplan, during the press conference said that there is nothing more classic than hot chocolate during a cold winter day so this year they decided to bring the taste of chocolate and marshmallow to Pepsi and bring some unexpected joy for the fans. Kaplan added that they are pretty confident with the taste of the new beverage and that it would be loved and accepted by the fans.

It was in 2020 when Pepsi had launched the limited edition of Pepsi Apple Pie which has immensely become popular especially at the online marketing places like eBay. Kaplan had also talked about the Apple Pie version last year when he said that it was a refreshing delicious twist to the traditional slice of an apple pie that made sure that people had fun.