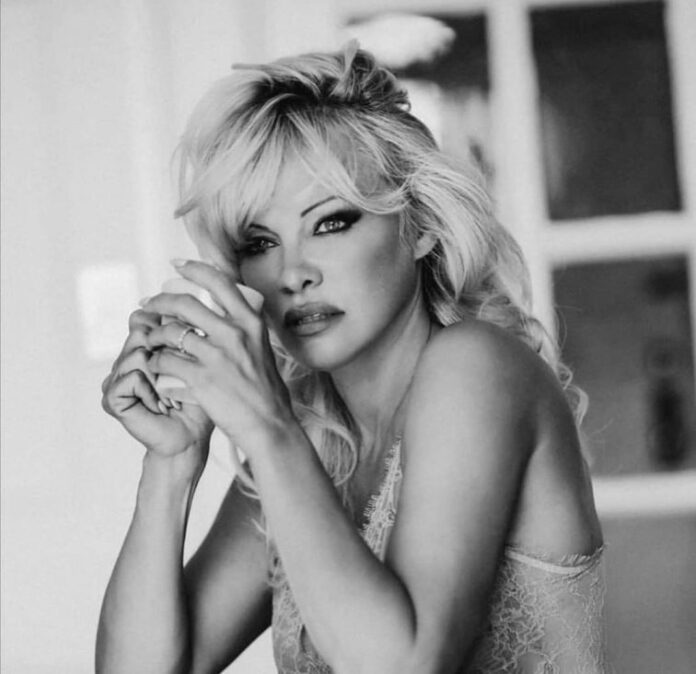 Canadian- American actress and model, Pamela Anderson is now officially married. The Baywatch actress got married to her bodyguard Dan Hayhurst on Christmas Eve at her home in Vancouver Island. The news was confirmed by a representative of Anderson. The actress informed that she got married at the property that she had purchased from her grandparents nearly 25 years back.

Pamela added that, it was also a place where her grandparents had got married and are still married. People close to the actress said that she is in a very happy space and that Dan is on cloud nine as he has married the girl of his dreams. The news has come in about a year when she had married Jon Peters and the marriage had lasted for just 12 days. However, in a later TV interview, Pamela had argued that she was not married but is just romantic and that she becomes an easy target for people.

A few pictures from the wedding have surfaced on the internet that shows a beaming Angela as a bride. The wedding nuptials were conducted by a local pastor as the couple read out the traditional vows. The couple as well as the property was blessed in a ‘cedar brushing’ ceremony. The wedding was conducted at the backyard of the countryside property. The bride looked stunning in a vintage wedding outfit that had structured sleeves along with a long traditional veil. The groom was dressed in a rather casual look with black trousers and a white shirt.

Anderson was earlier married to Rick Solomon between 2007 to 2013. She first got married to Motley Crue’s Tommy Lee in the year 1995 and together they had two children and got divorced in 1998. It was at the beginning of the lockdown in 2020, when Anderson had met Hayrust on Vancouver Island and ever since then they have been together 24/7. The actress expressed that they had fallen head over heels for each other.