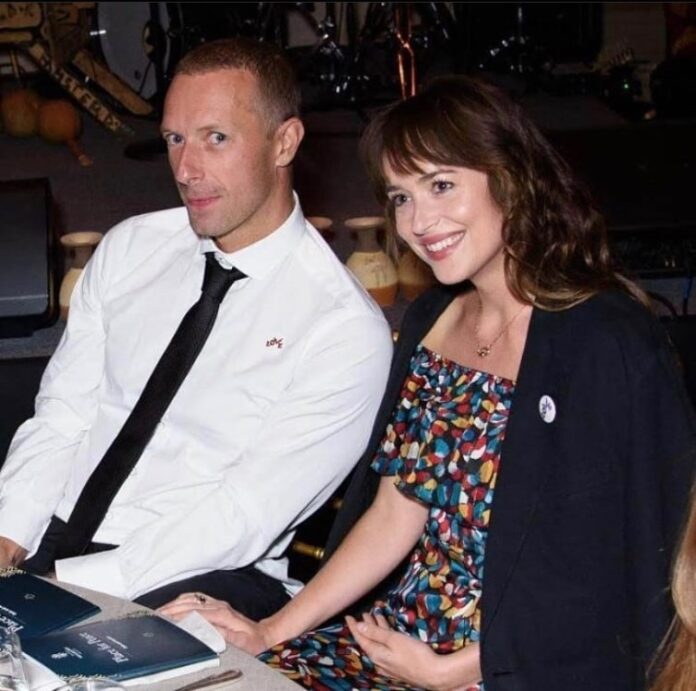 American actress and model Dakota Johnson has been dating singer and member of Coldplay Chris Martin since 2017. There are reports that the actress has got engaged to the love of her life as she has been spotted wearing a massive ring in some of the pictures surfaced online. A leading daily snapped the actress sporting a massive emerald green stone on the ring finger that has sparked rumours about her engagement and the special proposal.

Dakota and 43 year old singer Chris have been together since 2017 and they have managed well to keep their relationship under wraps. It was just a few weeks back when the love birds were seen enjoying a ride in their vintage car in Malibu. In 2019, there were reports that the two had split for a short period of time. But then another reports stated that it was Chris’s former wife Gwyneth Paltrow who had pushed the two together again. Gwyneth and Chris are parents of a 16 year old daughter Apple and a 14 year old son Moses.

It has been many years that Dakota has been spending plenty of time with the children. Paltrow had in a recent interview with Harper’s Bazaar had talked her heart out while talking about Dakota, who is her ex husband’s current girlfriend. To everyone’s surprise, Gwyneth expressed that she loves Dakota and that she understands why her fans find her bond with her ex husband’s girlfriend weird.

Although Paltrow admits that the bond that she shares with the 50 Shades of Grey actress was unconventional, but she still loves and adores her. Moreover, recently Gwyneth was seen enjoying a day with Dakota and Chris in Aspen. The three were seen hitting the slopes while dressed up in skiing gear outside a resort. Gwyneth was seen walking behind Dakota and Chris who were seen walking hand in hand.