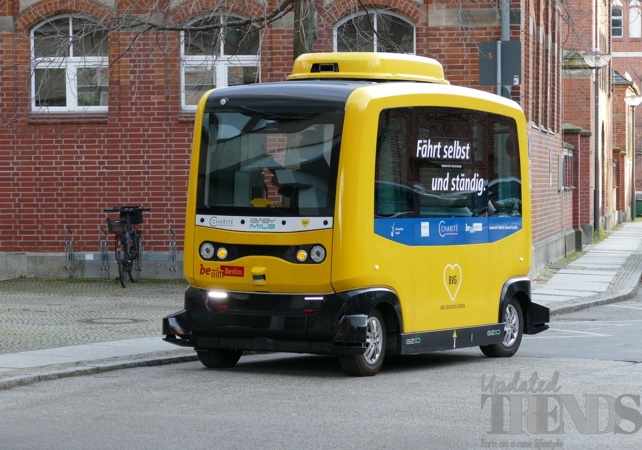 The autonomous vehicle is something that a number of companies are working on since a couple of years. It is the future of transport and one of the major concerns about the technology is safety. E-commerce giant Amazon had recently purchased the start-up Zoox that develops electric and autonomous vehicles. The company has just unveiled its autonomous electric vehicle.

Zoox has not been very popular and has been working on developing a fully electric and autonomous vehicle. The star-up has suddenly become popular as well as high-profile after it has had some major investments from some of the big companies. And recently it has been acquired by Amazon. The company while unveiling its new autonomous vehicle has said that it is a shuttle like vehicle that has been designed specifically for ride-hailing. Zoox in a statement said that the vehicle has been designed and manufactured in the United States and is the only vehicle that offers bidirectional driving capabilities along with four-wheel steering.

The vehicle has four seats with face-to-face asymmetrical seating that removes the steering wheel and bench seating when it is seen in the conventional car designs. It has also been confirmed that the vehicle has a massive 133 kWh battery pack which is the largest available in electric vehicles. The battery can help it to operate for up to 16 continuous hours with the help of a single charge.

Talking about the design it looks modern, well-equipped and spacious. Zoox says that it is focusing on safety which is going to be the main factor on the self-driving vehicles. The company in a press release mentioned that the vehicle has more than 100 safety innovations which are not featured in the regular conventional cars. It includes a unique airbag system for the bidirectional vehicles. It is not clear as to when the robotaxi is going to become operational but mentioned that they are currently being tested in Las Vegas.