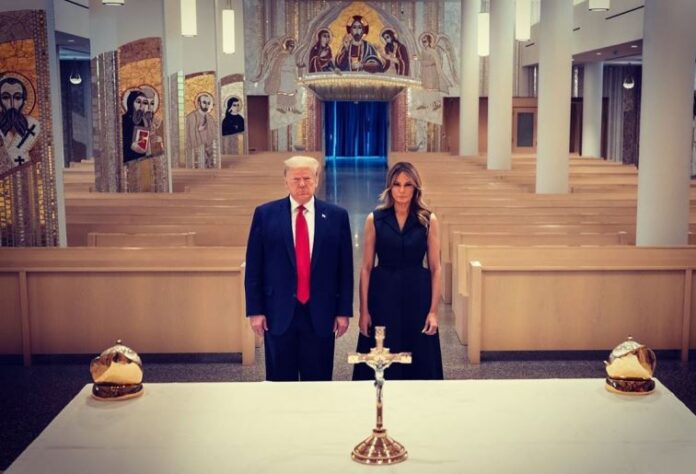 American President Donald Trump has revealed that he and his wife Melina Trump have tested positive for coronavirus. The President revealed about his health condition through a Tweet on October 2, 2020. The latest revelation has lead to uncertainty towards the leadership of the nation. The information has also made things worse in the current scenario where the pandemic has already claimed lives of 207,000 Americans and has also left the economy ailing.

It was just a night before his revelation, the President has assured that an end to the pandemic can be seen. Ever since the pandemic broke, Mr. Donald Trump has constantly downplayed the seriousness of the virus. Just a day before his announcement, he had announced that he will be quarantining at the White House for an unspecified time. Trump was actively involved in the campaign for the upcoming elections which is just 32 days away.

Considering his health, Mr. Trump has to on a temporary basis withdraw from the campaign. The elections are due to be held on November 3, 2020. The American President’s disclosure came after his close advisor Hope Hicks had also tested positive. The White House has not revealed if the first couple were having any symptoms. The physician of the president assured that he will be undertaking his duties without any disturbance from the Executive Mansion.

Mr. Trump in his Tweet said that he and his wife will begin their quarantine and recovery process immediately and will get through this together. So far the White House has not revealed as to how long he will have to stay isolated but has cancelled his plans to travel to Florida. He was supposed to fly to Florida for a campaign on October 2, 2020. All of his public schedules were called off except his midday phone calls on COVID-19 support to some of the vulnerable seniors. Mr. Trump was also due to appear in Wisconsin and in Arizona on Saturday and Monday respectively, which have also been cancelled.