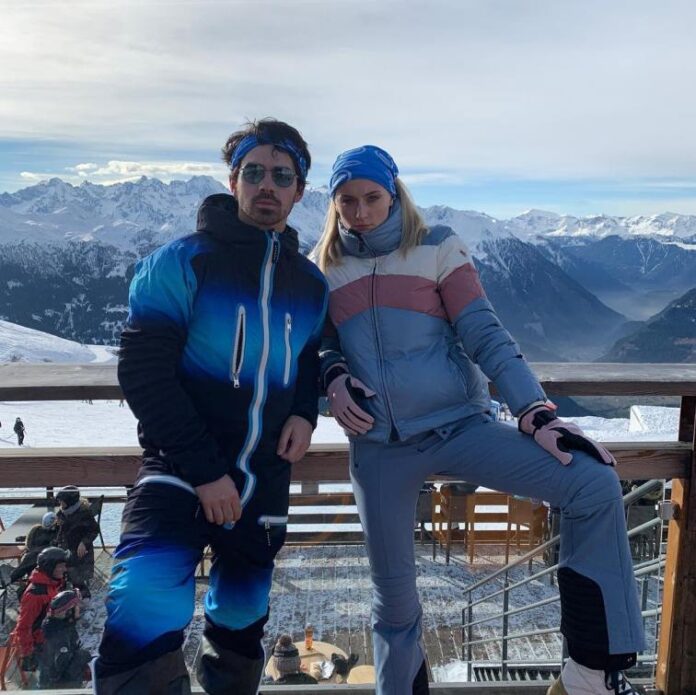 English actress Sophie Turner and husband Joe Jonas have become parents to a girl. The representative of the couple has confirmed that they have welcomed their first child together. Sources say that they have named their baby girl, Willa. The couple is extremely happy over the recent addition to their family and is taking time to enjoy their special moment together.

Joe and Sophie have for now shared the news only with their immediate family members and are being careful about who is around them and the baby due to the coronavirus pandemic. Ever since the announcement, congratulatory messages are pouring in from everywhere. Sophie and Joe got engaged in October 2017 and they soon had a very impromptu chapel wedding in Las Vegas in 2019 which was conducted by an Elvis Presley impersonator.

The loving couple also hosted a wedding ceremony in France that was attended by the close friends and family members and after their wedding the two took off to Maldives for their honeymoon. Turner and Joe have maintained a low profile ever since they have announced about their pregnancy. However, the two kept posting a few updates on their social media accounts. Their pictures together on the social media showed how they enjoyed the quarantine time being together. Joe a few times treated his dear wife with his cooking skills and Sophie made the most of her time.

Turner is best known for her role in the popular TV series Game Of Thrones as Sansa Stark and was last seen in the film X Men: Dark Phoenix. On the other hand Joe Jonas is a part of the band Jonas Brothers which also has Nick Jonas and Kevin Jonas. The brothers are known for their closeness and have come together after they briefly split. Joe earlier dated Taylor Swift, Camilla Belle, Demi Lovato and even Gigi Hadid and started dating Turner in 2016.