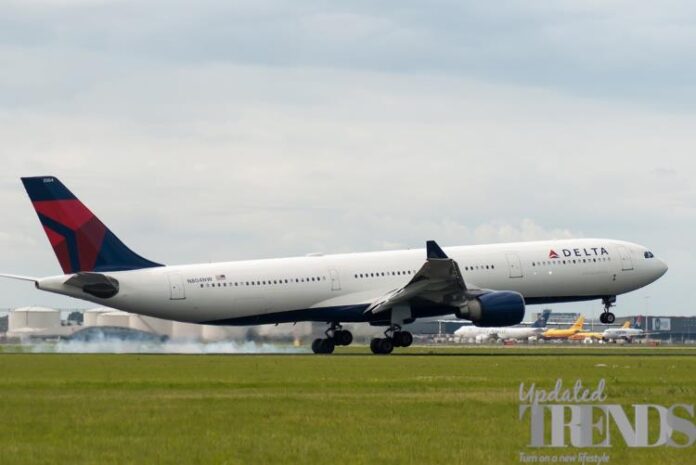 Air travel these days has become risky and a number of airlines are now making it compulsory for the passengers to wear masks for the entire time when they are on the flight. During the initial days, it was not very mandatory but now things have become strict as the number of cases is now increasing as the virus is highly contagious. Delta Airlines has taken a drastic step as it has banned about 120 passengers from flying.

The passengers were banned after they had refused to wear masks while on the flight. The airline has now made it compulsory for the passengers to wear masks for the entire time when they are on the flight. Ed Bastian, the CEO of the airline said that a number of studies and medical experts have advised that the masks are a good response to the virus that can help to reduce the transmission. The CEO added that this was the reason they were taking it seriously and have already banned about 120 flyers from future travel with Delta as they had refused to wear masks on board.

The mandatory guidelines have come after the US has crossed a major milestone while topping about 4 million confirmed cases of coronavirus and about more than 143,000 deaths have been reported. The testing program of Delta Airline will be expanded to the entire workforce in the next four weeks. The airline will be carrying out at-home screening for the employees and will be beginning from those who live in the virus hotspots in Texas and Florida.

Bastian also said that they will be testing 100 percent of their employees that will help them to ensure the safety and also take critical decisions in terms of their customers and employees. The CEO has also assured that the infection rate among the customer-facing employees of Delta is lower than the national average and it indicates the efforts that are made by the airline.