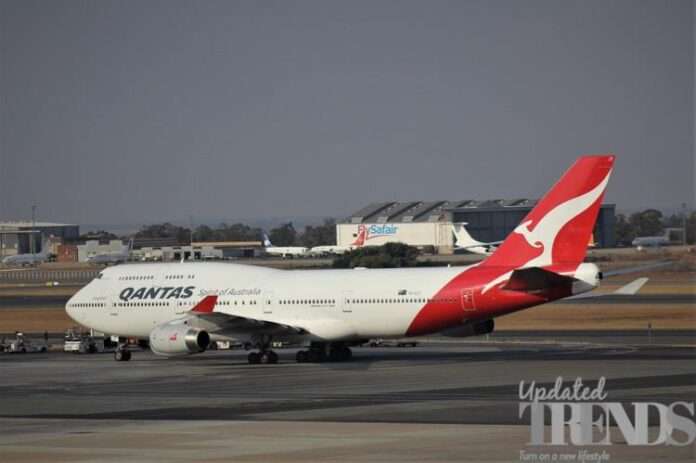 Australia’s flag carrier Qantas has bid a final goodbye to its last Boeing 747 aircraft after its one final flight. The pilots drew the flying kangaroo logo in the sky on its final flight before it was grounded. A crowd had gathered at the Sydney Airport on July 22, 2020 and waved goodbye to the QF 7474. People were also seen writing messages and tributes on its body. It was due to the coronavirus pandemic, the 747 aircraft was sent for retirement six months early that planned.

The aircraft will be placed at the US Mojave Desert. Alan Joyce the CEO of the airline said that it is tough to exaggerate the impact of the 747 had on the aviation as well as the country like Australia. The CEO added that the aircraft continues to be capable and it helped to put international travel accessible to every average Australian and people never missed the opportunity to grab it. It was just in the month of June, 2020 when Qantas said that it will be furloughing 6,000 jobs which is a part of its plans to survive during the coronavirus pandemic.

There were about 150 people who had gathered to bid a final goodbye to the aircraft and was also given a water cannon salute. As per the original plan, the airline had planned to host an event that would have about thousands of people for a farewell for the end of the year. The Qantas 747 fleet has helped more than 250 million people to commute in about a half a century of service. It has also carried Queen Elizabeth II and all of the Australian Olympic team since the year 1984.

Qantas Airlines has grounded about all of its international flights until July 2020 due to the lack of international travel demand. Not just Qantas, but a number of airlines across the globe are grounding their fleet especially the Boeing 747. The British Airways that had also grounded the aircraft said that it will be operate more flights on more fuel efficient planes.