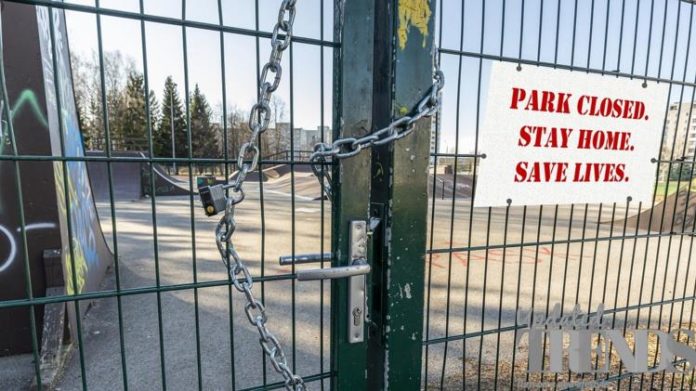 South Africa is one of the few countries in the world which has controlled figures of the number of infected cases of coronavirus. Despite the controlled figures, the government has announced an extension of the lockdown for two weeks. As of April 15, 2020, the country has 2,415 confirmed cases of COVID-19 and the figure is pretty less than what was expected earlier. President Cyril Ramaphosa, in a national address last week informed that the rate of new infections has slowed down to just 4 percent since the lockdown was implemented on March 27, 2020.

It was 42 percent when the virus had first entered in the country. So far the government has conducted 83,000 tests so far but this remains below the target of 10,000 to 15,000 tests per day. The police and the army has been deployed to enforce the lockdown measures and the citizens are not allowed to step out of their homes except under circumstances when they will have to seek medical care, buy food or buy essentials. Under the lockdown period, the sale of cigarette and alcohol has been strictly prohibited.

President Ramaphosa in his address stressed that the number of test have to be increased in order to have a control on the virus and added that ending the lockdown too early would pose a risk and would reverse the effects. The president added that putting an end to the lockdown to early would render the sacrifices and efforts of the citizens meaningless. Since the numbers are in control, South Africa has also drawn a strategy on how the country would be reopened. Health Minister Zweli Mkhize, in a live briefing said that the lifting of the lockdown would depend only on the number of new infections between April 10 and April 16, 2020.

The health minister added that if the number of infections increase by more than 90 per day the extension of the lockdown would be implemented.