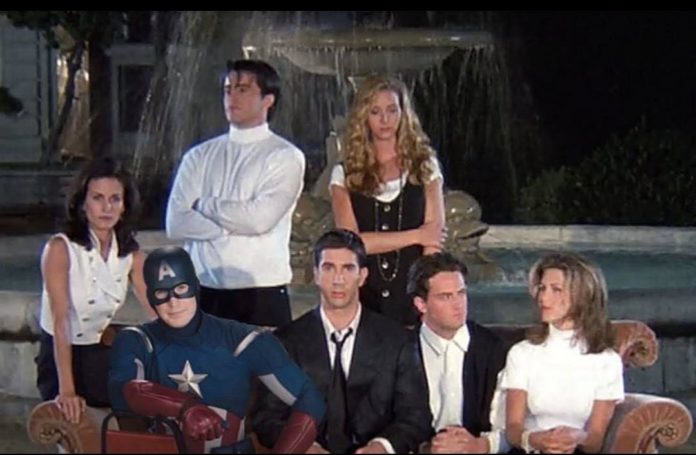 The fans of the American sitcom series FRIENDS had rejoiced when it was confirmed that they are all set to reunite for a special episode. But the plans were delayed due to the ongoing coronavirus pandemic. But now reports say that the actors have quietly shot a 90 minute special. Director Ben Winston and actor Courtney Cox filmed a mock rehearsal with the help of live video app known as Zoom. When the filming of the special episode was cancelled, it was like a state of panic among the makers as there were fears that it would be tough to get their schedules back together again and there was also a fear that it might even take more than a year to get them together again.

This was when actor Courtney came to the rescue and set up a Zoom meeting with the actors and all of them came together and discussed the ideas. The meeting was also attended by the producers and called it as a mock rehearsal. The meeting went on for about two hours. Since then, meetings are being held almost everyday and it is Jennifer Aniston who has the busiest schedule out of the six actors. Aniston has assured that she will do whatever is possible and will also ensure that they will not have to wait months together to have the reunion episode filmed.

Reports have also said that the Zoom sessions of the actors are fun and there has been some great material so far. They are also considering that such sessions could also be aired as a series of teasers or could also be standalone episodes.

It has been sixteen years since the show last aired and the original cast of Friends with Courtney Cox, Jennifer Aniston, David Schwimmer, Matthew Perry, Lisa Kudrow and Matt LeBlanc, have all signed for the reunion episode. A new date for transmission has not yet been finalized.