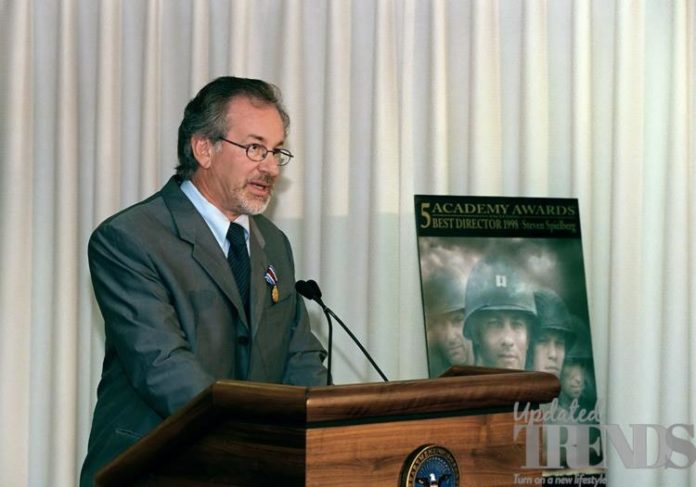 Hollywood filmmaker Steven Spielberg’s daughter Mikaela Spielberg was recently in news when she had announce that she has taken up a career as an adult star. The star’s daughter is once again in news as she has been arrested for domestic violence in Nashville, Tennessee, US. Reports say that the 23 year old was arrested at 6:30 am on February 29, 2020 and has been charged with misdemeanor domestic violence /assault with bodily injury. The report of her arrest was also confirmed by her 47 year old fiancé Chuck Pankow, who said that the incident was a misunderstanding and also clarified that no one is hurt.

Mikaela in a recent interview had opened up that she has started self-producing solo adult films and added that her parents Steven and Kate Capshaw have been supportive of her decision. The 23 year old said that she has been interested in the field since long but has not been predatory in nature. She added that people around are yet to be comfortable talking about it in open.

Mikaela added that she hopes to help herself financially throughout her new career. The 23 year old got engaged to Pankow and announced that she will not be making love on camera and that she will not be doing anything else other than solo as that would mean her going out of the boundaries and would also be unfair with her partner.

Steven Spielberg and Kate Capshaw are parents to six other adopted children including Jessica Capshaw, Sawyer Avery Spielberg, Max Samuel Spielberg, Theo Spielberg, Sasha Rebecca Spielberg and Destry Allyn Spielberg. Mikaela Spielberg has also reportedly filed an application to be an adult worker in Tennessee Maitland Ward. The 23 year old expressed that she hopes to someday bag an Exotic dancing show. There are also reports that she is also trying to get a license to be a stripper.