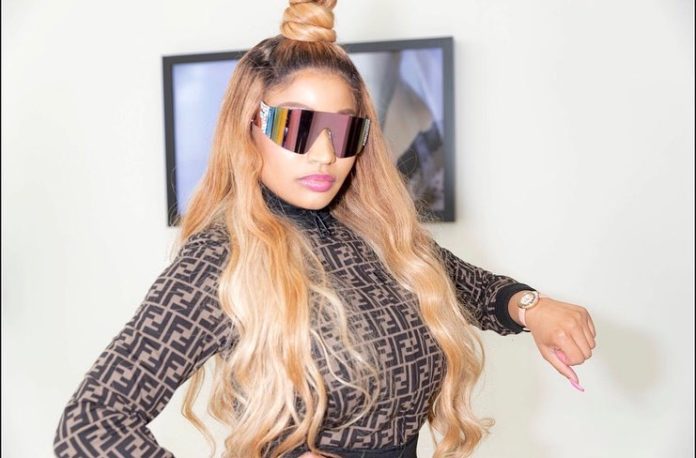 The Madame Tussauds Wax Museum, found by wax sculptor Marie Tussaud, is known for creating some remarkable wax statues of celebrities. A new wax figure of singer and rapper Nicki Minaj was recently unveiled but left the fans disappointed. Minaj’s wax figure was unveiled on January7, 2020 in Berlin, Germany. The wax statue had inspirations from her music video Anaconda released in 2014 in which she can be seen dressed in gold ornaments and a high waisted black underwear.

Though the outfits were strikingly similar to that Nicki had actually worn, but the fans were disappointed by the fact that the statue did not look like Minaj’s. One of the fans said that they can do a lot better than this, while another told to go back and re-do Nicki Minaj. However, this is not the first time Madame Tussauds has been criticized for making a wax figure that does not look like the celebrity.

Earlier, the sculptors were criticized for the wax figure of Ariana Grande and the fans of the singer instantly rejected. One of the fans said that it does not at all look like Ariana and that the singer deserves something better. The unveiling of the wax figure at Germany also invited several memes on Nicki Minaj and her wax figure.

Earlier when Lady Gaga’s wax figure was unveiled at the museum, the fans of the singer called it as an alien cockroach. Madame Tussauds is a popular tourist attraction in London and displays some of the popular waxworks of popular and historical figures. The museums of Madame Tussauds are located at various places at Asia, Europe, Oceana and North America. It was in 1835 when Marie Tussaud opened a museum and the main attraction was the Chamber Of Horrors and had included the victims of the French Revolution and some of the newly created figures of criminals and murderers.