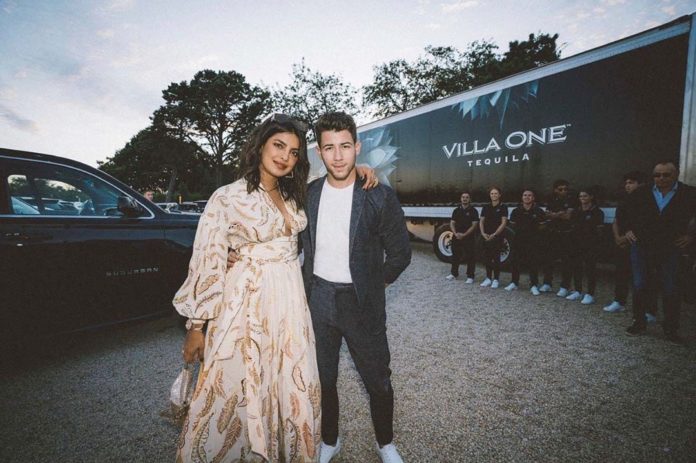 American singer Nick Jonas caught global attention when he got married to Bollywood diva Priyanka Chopra. The Jealous singer has never shied away from expressing his love for his wife and is also a fan of her skin care methods. Priyanka has been vocal about being a fan of home remedies for her skin and is also likes using a few products for skin care. Nick has admitted that he does grab a few of Priyanka’s product for himself.

The singer in a recent interview admitted that he has a few times grabbed her sheet masks and has also many times ran out of facial moisturizer that he frequently borrows from wife Priyanka. Nick added that his wife likes to share and does not mind him sharing her stuff. Meanwhile, Priyanka has a great skin with luscious hair and it is the home remedies that are the reason behind it. Reports say that the actress often uses coconut oil to keep her hair nourished and hydrated.

Chopra is always on the go and is a frequent traveler, but makes sure that she maintains her skin care and hair care regime. The actress in an interview also confessed that she is a fan of sheet masks and finds them handy as she does not have time to undergo lengthy treatments. Priyanka shared that sheet masks work like magic for her and uses them just before events or before landing after a long flight.

Now we know how Nick Jonas gets his sheet masks from. Nick and Priyanka will soon be celebrating their first wedding anniversary in December. The two got married in a lavish and extravagant wedding ceremony in Jodhpur, Rajasthan in India. The wedding was attended by just the family members and some of the friends of Priyanka and Jonas. Later a lavish reception was thrown in Mumbai which was attended by the Who’s Who of Bollywood.