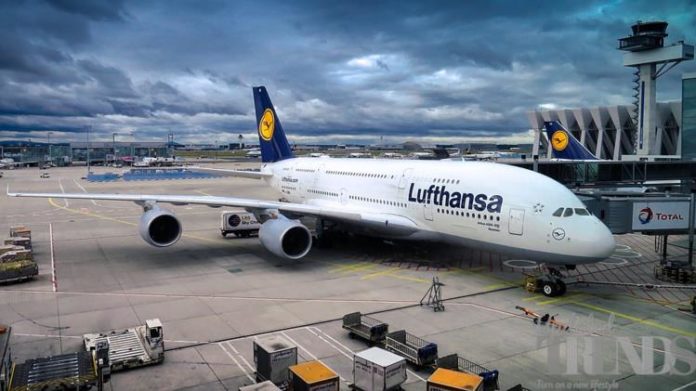 German based airlines Lufthansa announced a cancellation of about 1300 flights due to a strike that was called by the cabin crew. The strike by the cabin crew had stranded hundreds of passengers who were due to travel across Europe in on November 7 and 8, 2019 are now forced to find new flights. The airline informed that flights of about 180,000 passengers would be affected.

The announcement was made by the UFO, that represents the flight attendants of Lufthansa and said that the members would go off their jobs for 48 hours starting from Thursday from midnight. The strike was announced due to the pay and working conditions. The airline and the flight attendants have been arguing about the pay and their working conditions and also the fact that Lufthansa refuses to recognize the union.

The German airline  informed that it would cancel 700 flights on November 7, 2019 and 600 flights on November 8, 2019. The flights that are affected are those that are operated by Lufthansa. The ones that are owned by the Lufthansa Group but are operated by other carriers include Brussel Airlines, Germanwings, Eurowings, Lufthansa Cityline and others – would not be affected by the strike. The airline has also informed the passengers that those who are travelling on the flights that are cancelled have the option to rebook online or they can also convert the flight to a train ticket for the domestic flights.

On the other hand the passengers had complained that they were not able to access the website of Lufthansa and were not able to contact the reservation agents. Attempts were also made by the airline to block the strike and a court in Frankfurt failed to do so. Lufthansa is a German based airline and when it is combined with its subsidiaries is the largest airline in Europe when talked about the number of passengers that it carries.