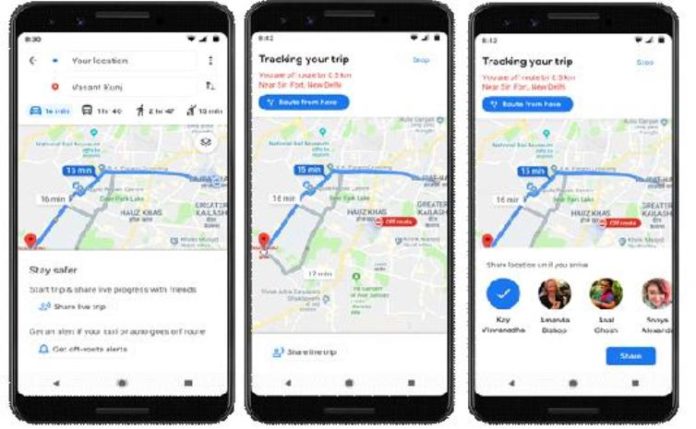 Google Maps has constantly been working hard on making its application worthy enough for its users. The makers have always introduced new features that help in navigation in the best possible way. The latest feature that has been added to the application is Stay Safer. There can be many reasons, when the cab driver took a different route and it can be due to a blocked road or just to take the shorter route. Such situations might not always be risky, but Stay Safer gives a double assurance to such situations. It provides safety to the passengers when they are travelling on a route that is not familiar to them.

The fresh feature is available for Android as well as iOS platforms. The latest feature has proved to be a blessing for the women commuters in India as it was launched here earlier in 2019. Stay Safer is expected to be rolled out in other countries gradually and has already been launched in the US and Netherlands. The users have to just update the app and the option of Stay Safer will be visible when clicked on Get Directions. The feature allows your friends and family keep a track on you and if there is a change in the designated route, then the family members will soon be alerted.

Safety has become a huge concern these days with the increasing number of criminal activities. The presence of such apps, assures the users of safety and will also allow them to confront the drivers in case the route is changed.
Like this, Maps has always integrated itself with several features which are user friendly and make sure that they ensure user satisfaction. The service was launched in February, 2005 and since then it has introduced several changes ad features. Google Maps started off as a C++ desktop program by Where 2 Technologies and the company was then acquired by Google , which then managed to convert it in to a web application.