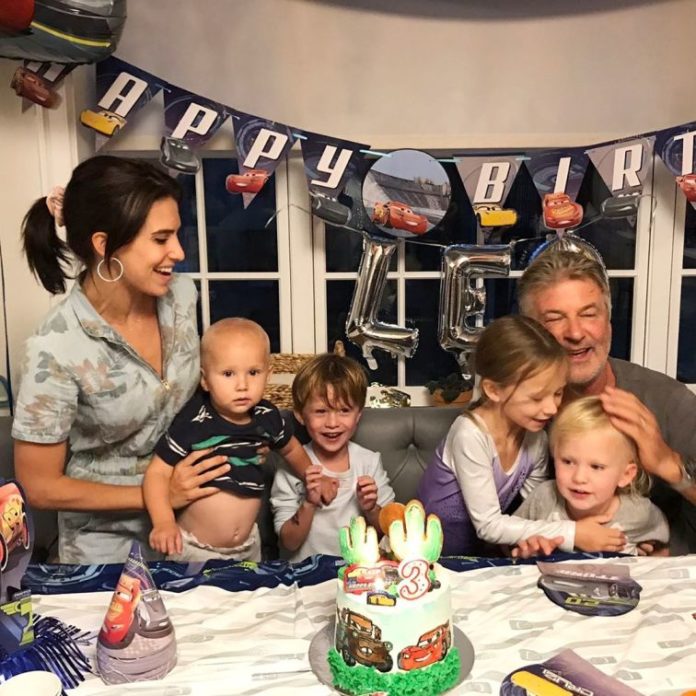 Hollywood couple Alec Baldwin and Hilaria Baldwinare enjoying parenthood with four kids age 6 and under and are in no mood to stop. The 61 year old star and his 35 year old wife are all set to extend their family with their fifth baby. The fitness author is pregnant with her fifth child  and announced through an Instagram post. The writer posted a video that showed the heartbeat of her unborn child.

A hesitant mom-to-be expressed, it is too early but they are still excited for the little one. The co-founder of Yoga Vida also expressed that the there is more reason to celebrate as she feels the strong heartbeat after she felt the loss that they faced recently. The writer further talked about  experience of yet another pregnancy as she faces nausea and tiredness in the first few months.

The author to many books, has also pleaded the media to give her space during the special moment of her life as she is preparing to bring yet another life in to her family. Hilaria has also appealed the media not to chase her as it would be stressful for her during the early time of her pregnancy. The book writer and Alec are already parents to Romeo Alejandro David who is a year and 4 months old, Leonardo Angel Charles (3 years), Rafael Thomas (4 years) and Carmen Gabriela who is 6 years old.

Meanwhile, Baldwin is already a father to daughter Ireland from his earlier marriage to Kim Basinger. Alec also shared the same heartbeat video on his own Instagram account and expressed his happiness that God has been generous with his family. Alec and Hilaria are celebrating their fifth pregnancy together especially after the author suffered a miscarriage. The couple got married in 2012 and soon planned another baby after Leo was born.