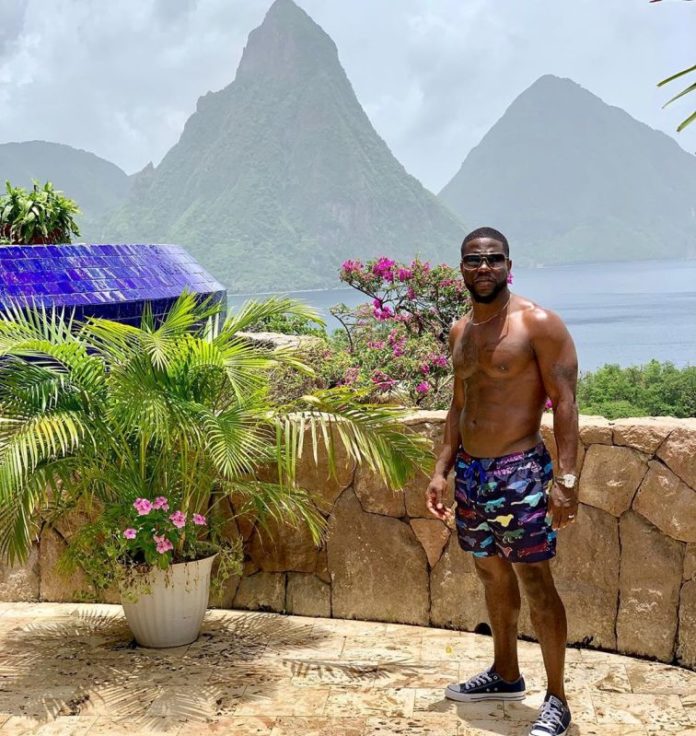 American strand-up comedian and actor Kevin Hart suffered severe injuries after a massive car crash on September 1, 2019. The actor is now in a rehab and is on the road to recovery. While Hart has a steady recovery at the rehab, Wife Eniko has been constantly by his side and was even seen helping herself with a cup of coffee. Since Hart was no longer in the hospital, Eniko was asked about the actor’s well-being to which she answered that he was doing well.

Eniko has been cooperative in terms of dealing with husband Hart’s health and interaction with the paparazzi. The Instagram model updated about Hart’s health and also thanked for the support. Parrish added that they are taking things slowly ad picking up things one by one and that Hart would return to track soon than expected.  Due to the severe injury that Hart received on his spine, the actor underwent a major surgery on his back. The actor was discharged from the hospital after ten days.

Kevin has to undergo an intense physical therapy that he is looking forward to and reports say that it might take at least four months to recover and get back to routine. The recent incident has dismantled the entire work schedule of Kavin.  Dwayne Johnson, a close friend and a colleague of Hart was thankful that Kevin was lucky and escaped a really bad accident. Johnson wished him a speedy recovery.

Hart made his film debut in Paper Soldiers and gained further recognition from his other films like the Scary Movie franchise, Death at a Funeral, Soul Plane, Little Flockers and more. Hart featured in the film The Upside, that was his first headlining role in drama and was theatrically released in 2019. The film also starred Bryan Cranston and Nicole Kidman. Kevin Hart reprised his role of Snowball in the sequel to The Secret Life of Pets 2.