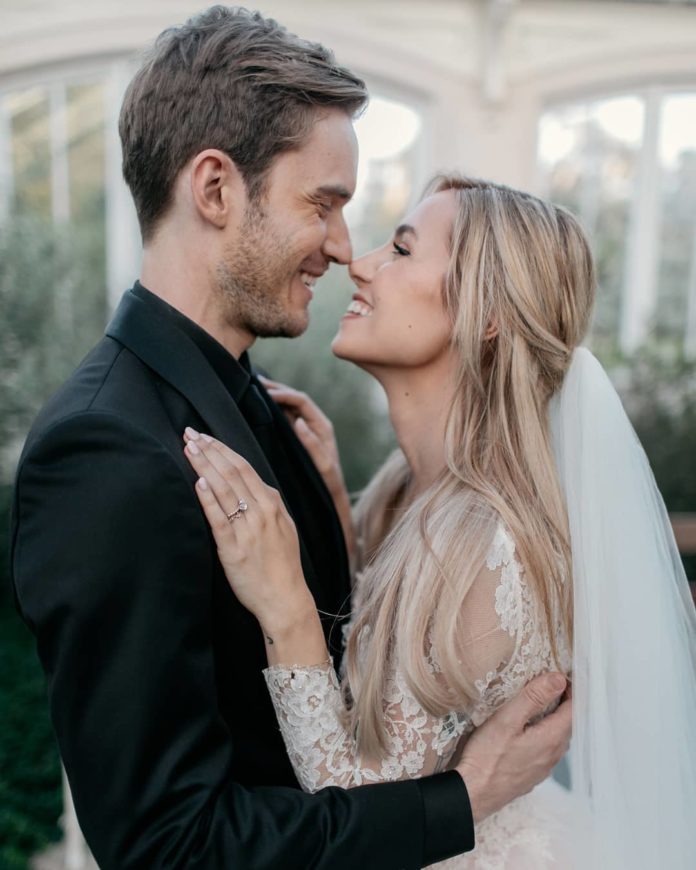 Swedish comedian and YouTuber, Felix Arvid Ulf Kjellberg, popularly known as PewDiePie, has revealed that he got married to his girlfriend Marzia Bisognin on August 18, 2019. The game-commentator dated her for eight years and got married in a private ceremony at Kew Gardens In West London.

The news was announced on Twitter and wrote, “We are married!!! I’m the happiest I can be. I’m so lucky to share my life with this amazing woman.” The new bride Marzia also shared pictures from the wedding ceremony and penned down a long emotional note which said, “Yesterday, the 19th of August – after exactly 8 years since we met – we celebrated our wedding with our closest friends and family. It was the most beautiful day, which I will treasure forever. I am so thankful for all the people that made time to attend the event and helped us celebrate our marriage. I feel like I’m the luckiest person and I’m so full of love. Incredibly ecstatic to be able to call Felix my husband for the rest of our lives”.

In another post Marzia also shared that there are plenty of wonderful pictures from their wedding and added that they would share a lot of them in the upcoming week. The bride also talked about her wedding dress and gave credit to @joflemingdesign for giving her, her dream dress.

PewDiePie has more than 100 million followers on YouTube and was recently named as the biggest earning YouTuber at £6.5 million a month. Marzia is not a stranger to the platform as in 2014 she headlined the most subscribed Italian channel on fashion, books, make-up, DIY and video games. But then in 2018, she announced her retirement from vlogging and cited mental health issues. She is an Italian former YouTube personality and was earlier known as CutiePieMarzia and was later known as just Marzia.