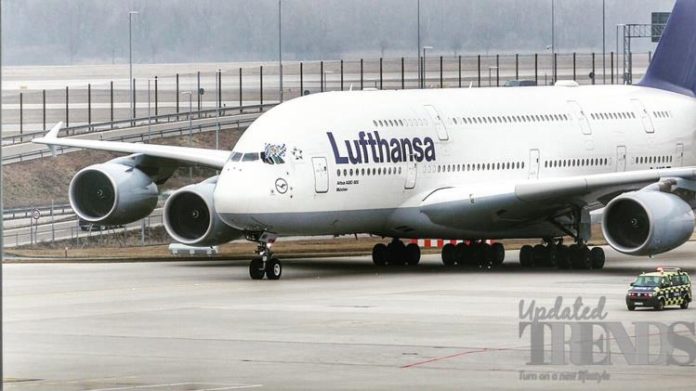 German based airlines Lufthansa has launched a website that will allow the customers to buy climate-friendly plane fuel to compensate for the emissions that is caused by the flight. The airline on August 19, 2019 said that the sustainable aviation fuel or SAF, purchased that way would be added to one of the airline’s flights, while reducing net greenhouse gas emissions by 80 percent.

The climate campaigners in recent times have targeted the aviation industry for its comparatively large carbon footprint. But the airlines have claimed that it constitutes just 2 percent of the man-made emissions worldwide. The Compensaid service by Lufthansa comes at a price as well. For instance, the single economy-class ticket from Frankfurt to New York costs 374 Euros, but it will become more expensive if the customers buy SAF, which is a synthetic form of kerosene.

The passengers who wish to donate towards reforestation measures, pay a 165 euro surcharge for the same flight. Lufthansa is a German Airline and when it is combined with its subsidiaries, it is the largest airline in Europe in terms of passengers carried.

Apart from its own services, it also owns subsidiary passenger airline including Australian Airlines, Brussels Airlines, Swiss International Airlines and Eurowings including Germanwings, Deutsche Lufthansa AG which owns many aviation related companies like Lusthansa Technik and LSG Sky Chefs as a part of Lufthansa Group.